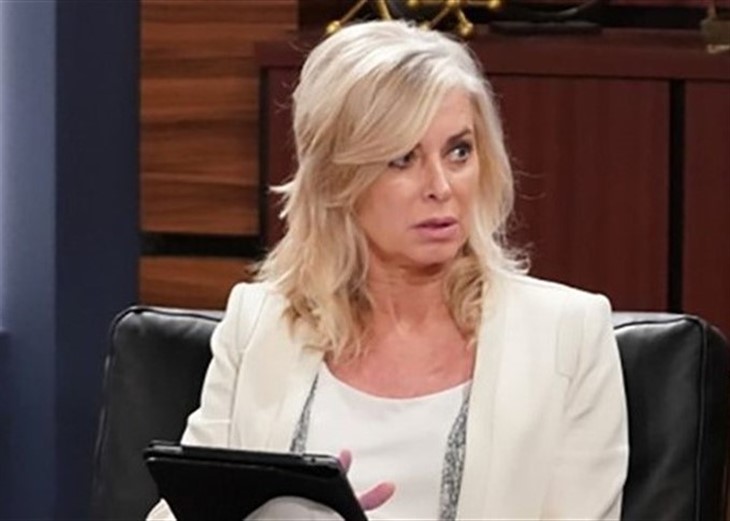 The Young and the Restless (Y&R) spoilers document that Victor Newman (Eric Braeden) will comfort Ashley Abbott (Eileen Davidson), as she mourns the loss of her mother, Dina Mergeron (Marla Adams). The former Vashley hasn’t been a threat to Niktor in many years. But Nikki Newman (Melody Thomas Scott) remains ever leery where the Moustache’s former flame is concerned.

Nikki is, of course, the greatest love of Victor’s life and the mother of his first two children, Victoria Newman (Amelia Heinle) and Nick Newman (Joshua Morrow). But Ashley became the mother of Victor’s third known child in the years that followed, which forever ties her to Nikki’s many-times husband.

It should also be noted that Hope Wilson’s (Signy Coleman) passing eliminated her as a threat to the power of Niktor years ago.

Ashley grew up believing that John Abbott (Jerry Douglas) was her father and he was in almost every sense. However, an epic arc revealed that Brent Davis (Bert Kramer) was actually Ashley’s biological father.

Brent was a tennis pro that Dina cavorted within the 1960s, which John apparently never came to know during his earthly life. Seasoned viewers wondered why John’s spirit didn’t reference this fact that he likely would have become enlightened about in his heavenly life.

Clever soapy plotting enabled the paternity reference to be revived a few years ago, as Graham Bloodworth (Max Shippee) was written into the show. He was Brent’s stepson, who targeted contact with Dina with the intent of seeking revenge. While he came to care for her, Graham also perished when Dina defended herself against his lethal injection and instead injected him.

So, Dina’s death naturally stirs a series of memories and emotions in Ashley’s mind and heart. It’s natural that she’d connect with Victor during this time, as they once meant everything to each other and have generally maintained warm connections.

The Young And The Restless Spoilers – Nikki Newman Reigns Supreme?

Nikki is the one person in Victor’s life who has moved him more than any other. However, Ashley came to occupy a reserved section of his heart and is surely someone he shares a unique romantic connection with.

Y&R has allowed Niktor to remain remarried for a number of years. It would seem that Niktor is going to remain together indefinitely, if not forever, considering Victor’s age and his rare blood condition.

Maybe Victor’s interaction with Ashley will be limited to her period of grief. Then again, a reboot of Vashley, or even the hint of a renewed rivalry between Ashley and Nikki is up ahead?