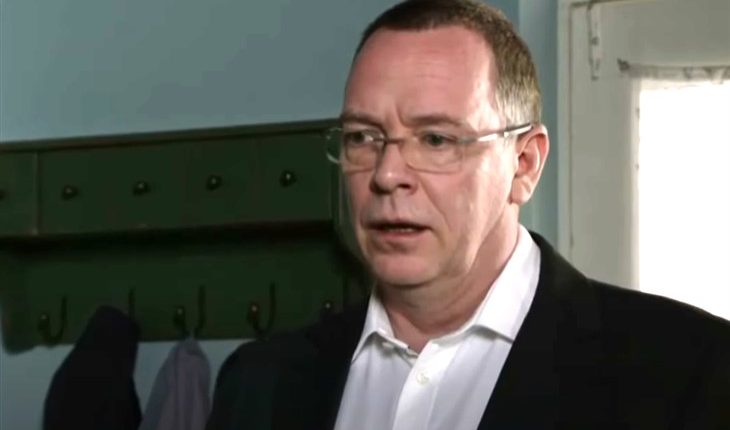 BBC Eastenders spoilers and updates reveal that the lockdown will be tough for everyone. However, Ian Beale (Adam Woodyatt) will be especially troubled by them. The actor explained that Ian bought The Vic for Sharon Watts (Letitia Dean), but during the lockdown, no money is coming in. Plus, he is consumed with guilt and has nothing but time to think about what he’s done.

As fans recall from the last episode that aired, Phil Mitchell (Steve McFadden) was certain he was getting The Vic. However, it was bought from underneath him by Ian, who purchased it for Sharon. However, fans will find that soon after the sale goes through, the COVID-19 pandemic forces everyone to go under lockdown.

Eastenders spoilers revealed on the companion series, Secrets From The Square tease that Ian will face multiple issues while in quarantine. Actor Adam Woodyatt teased what fans can expect, along with Dean’s hint that Sharon will eventually find out the devastating truth about Dennis Mitchell’s (Bleu Landau) death.

According to Digital Spy, Ian will be facing financial issues. The Vic was a huge purchase and he expected to be earning money to make up the difference at the very least. However, lockdown means pubs must close, which means no money is coming in. This will definitely cause some stress and strain for Ian. But that’s not the only issue he will face.

“Because of lockdown, any money Ian thought he had, he isn’t going to have quite as much going forward. That’s the story that has been hinted at.”

Eastenders spoilers suggest that Ian will also be dealing with a lot of guilt. That is mostly why he decided to buy Sharon The Vic. It was his way of trying to deal with the guilt over being responsible for her older son’s death. But the longer Ian and Sharon are in lockdown, the more consumed he will become by Dennis’ death.

Could it be enough to just break him, forcing him to confess? We don’t think the truth will come out quite that easily, but we do see the secret coming to an end at some point in the future. When do you think Sharon will learn the truth about her son’s death? Who will expose the dark secret and what will happen afterward? We will have to be patient and wait for new episodes to broadcast in order to find out.