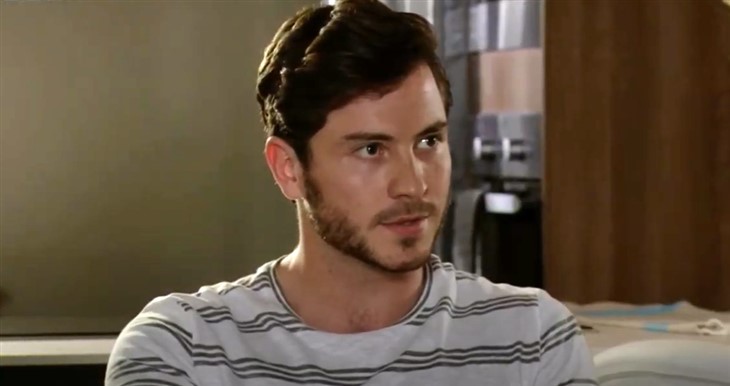 BBC Eastenders spoilers indicate that during a lockdown, domestic violence tends to get much worse. This makes us worry about Chantelle Atkins (Jessica Plummer). Could her abusive husband end up dead? If so, Chantelle’s hands are probably clean, but could still be hiding a “killer” secret. Keep reading to find out about what could happen when the soap returns.

Gray Atkins (Toby-Alexander Smith) has mentally, emotionally, physically, and sexually abused his wife. He even has committed reproductive abuse (yes, that’s a real thing)! Yet, everyone seems to be fooled into thinking he’s this great guy. In fact, after he brutally beat Chantelle so bad she could barely get herself off the floor, he went to the pub where everyone cheered because he was helping Whitney Dean (Shona McGarty).

Some fans believe that he goes after Chantelle again for her alleged “sordid affair”. Despite her dentist’s appointment, he still thinks she’s guilty.

Dotty Cotton (Millie Zero) and Suki Panesar (Balvinda Sopal) called him out on his jealousy. He began clenching his fists and grinding his teeth. Suki refused to accept Chantelle’s notice because it came from Gray and not the employee. When he gets behind closed doors with Chantelle, she could pay the price as Gray uses his wife as a punching bag. It is possible that it will be her last beating. There is a theory that Gray ends up dead.

Eastenders spoilers suggest that if Gray does end up murdered, Chantelle’s hands will be clean. She’s more of a “freeze” or “flight” person. It’s hard to imagine her killing Gray, or even fighting back in self-defense. Of course, everyone has a breaking point. With this being said, someone else could commit the crime. She might even be aware of who murdered her husband and agree to keep the “killer” secret. So, who could get involved?

One theory is Mitch Baker (Roger Griffiths) kills Gray when he finds out about the abuse. Another is Suki eliminates the lawyer if he tries to attack the Panesars with the pictures he took. Someone related to Leo King (Tom Wells) might kill Gray, too. The stalker’s mother already tried going after Whitney. If she ends up being cleared of murder, then Gray might be targeted since he is the defense attorney.

There is also Kheerat Panesar (Jaz Deol). When trapped in a room, Kheerat and Whitney started talking and she almost exposed the abuse. The look on Kheerat’s face suggests that he knows something isn’t quite right and wished she would have told him why. He seems to care about her and has that “protective” vibe about him.

Do you think Gray Atkins could be murdered? Who do you think could take the lawyer’s life? Would Chantelle Atkins keep the “killer” secret to her grave?

Be sure to catch up on everything happening with the soap snow. Come back here often for Eastenders spoilers, news, and updates.