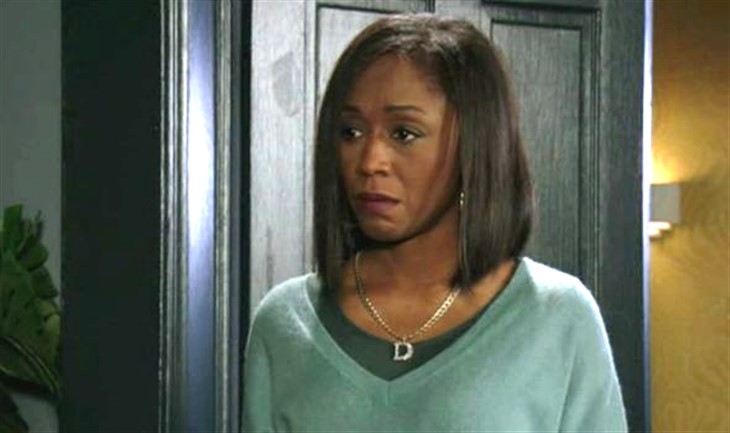 Eastenders spoilers previously confirmed that Denise Fox’s (Diane Parish) past will come back to haunt her. New information reveals that she will be involved in a disturbing accident that will change two lives forever. Viewers should expect the character to face some very challenging and dark times in the near future.

EastEnders Spoilers – A Good Life and Relationship With Jack Branning

We have seen things going pretty well for Denise before the soap went on hiatus. She was even involved in a relationship with Jack Branning (Scott Maslen). However, there are going to be events that happen in Denise’s life, as well as something that happens to her. In addition, there is speculation that the upcoming storyline could ruin Denise and Jack’s relationship.

EastEnders Spoilers: Zack Morris Talks Moment He Was Pulled Over During Filming Of Keegan’s Racism Storyline

The incidents that take place will have a profound effect on the character. She will be challenged by what’s up ahead, and the actress previously stated that Denise will go through some dark times.

Eastenders spoilers reveal that when the soap returns, Denise will be involved in an accident that is being described as “disturbing.” Digital Spy reported that the incident could change the course of two lives. We know one is Denise, but there is no word on the other Walford resident that is impacted by the accident.

During an interview last month, the actress explained that she doesn’t know too many details about Denise’s new storyline. However, she did understand that the character will have some events from the past that come back to haunt her. It will create challenges and Denise will be traveling down a dark road.

However, Denise won’t have to face this alone. It is confirmed that she will have the support of her sister, Kim Fox (Tameka Empson).

When the soap returns on September 7, Denise won’t be the only one with a huge storyline. Other characters to pay close attention to include Sharon Watts (Letitia Dean) and Ian Beale (Adam Woodyatt). As fans know, Ian is keeping the truth about Dennis Rickman’s (Bleu Landau) death from Sharon. Plus, they will be struggling financially due to the lockdown being ordered right after they bought Queen Vic.

EastEnders Spoilers: Zack Morris Talks Moment He Was Pulled Over During Filming Of Keegan's Racism Storylinehttps://t.co/D9KTsW8JYH

Also, Mick Carter (Danny Dyer) and Linda Carter (Kellie Bright) will be hiding huge secrets from one another. It creates a rift in their marriage and it is teased that it could destroy them. Meanwhile, there will be a new face in Walford who shows an interest in one of the Carter family members. Could this also contribute to the couple’s issues? We will find out when new episodes air on September 7.