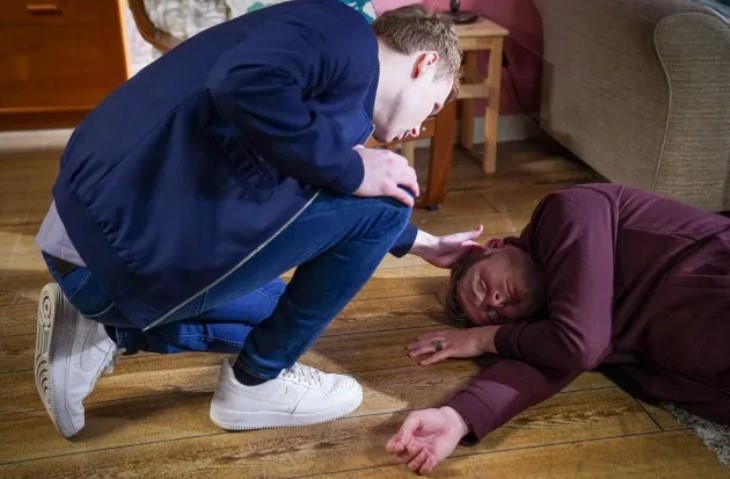 EastEnders spoilers hint that Ben Mitchell (Max Bowden) may be headed for trouble in upcoming episodes. Ben has been going through a rough time lately as he went deaf after the boat accident. After learning about his sudden loss of hearing, he had to play it off like he did not lose his hearing as Callum had gone missing and he needed to look for her.

After finding Callum, Ben had to face the reality of his loss of hearing. As well as not being able to go through with his operation after he became sick right before and was sent home. However, things may go from bad to worse as he may soon suffer yet another setback in upcoming episodes.

EastEnders Spoilers – Ben Mitchell Keeps A Secret From Everyone

Ben has been keeping a secret from his significant other, Callum (Tony Clay), which is that he was recently involved in a deal gone wrong that may have worsened his chances of getting his hearing back. This happened after Ben followed Phil (Steve McFadden) and Danny (Phil Usher) to the dodgy job and was caught by Danny.

When Danny discovered Ben in the warehouse, he shoots a gun near his ear as revenge, which caused Ben to be in a lot of pain, including his ear bleeding the next day in which Callum noticed right away. Although he was able to stop Cullum’s concern for him after he notices Ben’s ear bleeding, it was apparent that Ben was not able to hear anything making his situation even worse.

However, he has decided not to tell anyone about the change in his situation. In upcoming scenes, Ben will start to get fevers in order to help him with his fevers, Callum will offer him some strong medication before leaving. Ben is determined to not let anyone find out just how bad things are as he does not want the operation to be delayed once more.

Things will only get worse as he collapses while around Jay Brown (Jamie Borthwick), who will become concerned for him. Will Ben be okay, or will things only get worse from here? How will Calum react when he finds out that Ben has collapsed?