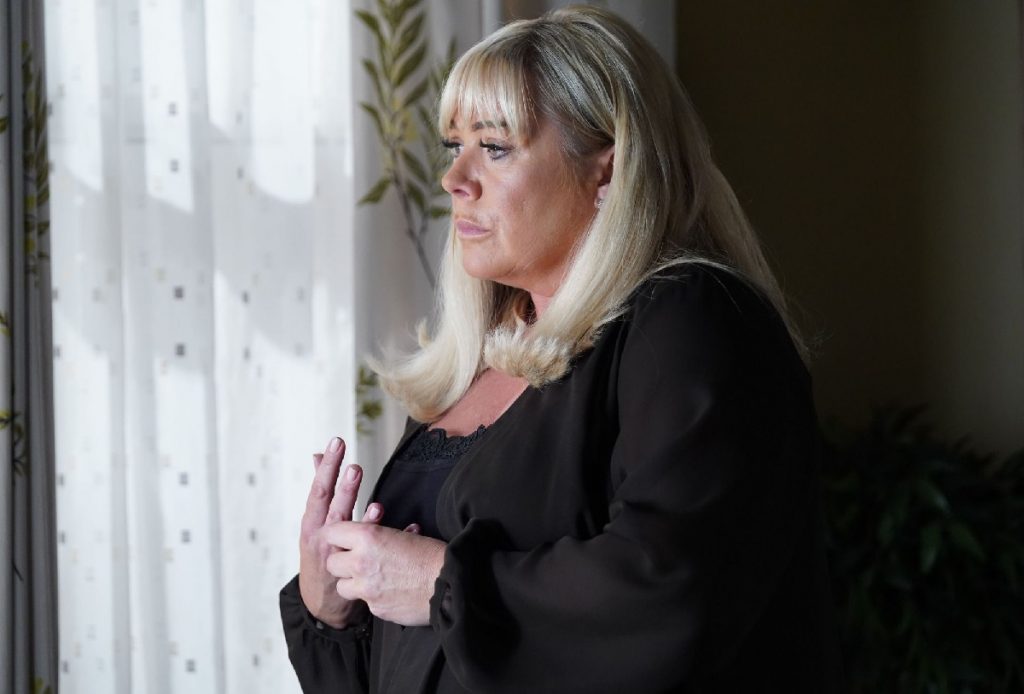 EastEnders spoilers reveal that we will see a cliffhanger when it comes to Phil Mitchell (Steve McFadden) and Sharon Watts (Letitia Dean). However, fans believe that after all of this, Phil will turn out to be the real father of Sharon’s baby. Keep reading to find out more about this storyline and how it might end.

After Sharon’s affair with Keanu Taylor (Danny Walters), she discovered she was pregnant. For a long time, she had Phil believing that he was the father. However, the truth would eventually come out, which had devastating consequences. It led to a violent showdown on a boat during the 35th-anniversary episode.

As Sharon gave birth, her older son died. Now, many different factors were involved, but ultimately, if Ian Beale (Adam Woodyatt) had never locked in Dennis Mitchell (Bleu Landau), then he probably would have survived.

Since returning, Sharon has tried to decide between her baby boy and the man she loves. She can’t have them both.

Eastenders spoilers previously teased that Sharon would make a desperate plea. Deciding that she can no longer be without Kayden, she begged Phil for the three of them to be a family.

However, he will do no such thing and kicked her out, called baby Kayden “that thing,” and blamed Dennis’ death on Sharon. His words were certainly cruel and a slap in the face. Sharon demanded he take it back, but Phil refused.

Fans are pretty convinced on social media that there will be an epic paternity twist. After all of this drama and upheaval, Phil might turn out to be Kayden’s biological father. Fans are convinced of it. This twist would also follow a soapy pattern. Baby paternity stories usually turn out this way, so viewers are probably right.

However, we might not find out until much later. It is stated by the Mirror that new episodes might not air until September, which will leave us with one heck of a cliffhanger.

What do you think of fans convinced that baby Kayden will turn out to be Phil Mitchell’s son? Will he suddenly want to be a family, but will it be too late by then? How can Phil ever make up for the things he said and did if it turns out that he’s the father of Sharon’s baby after all? We will just have to wait to see what happens with this storyline.

EastEnders Spoilers: Linda Does Not Want To Sell The Vic To Phil – Can Mick and Sharon Change Her Mind?