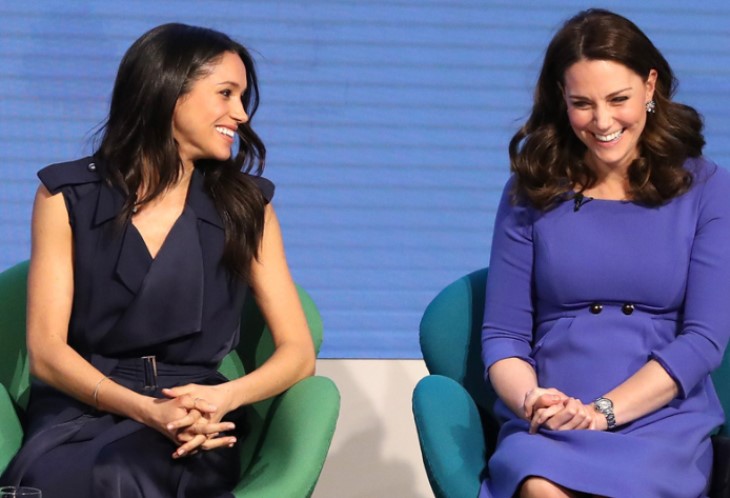 Is Kate Middleton fed up with Meghan Markle’s comparisons? The answer is yes according to Duncan Larcombe, a royal watcher who thinks that a recent Tatler article irked Kate in particular due to the comparisons with her sister-in-law, Speaking to New magazine, via OK!, he said, “It’s almost as though they want to draw a line in the sand where it’s gone a bit too far.”

Larcombe says that the ongoing comparisons between the two make it appear that, “Kate is almost used by some outlets as a stick to beat Meghan with.”

The Duchess of Cambridge wants to stop the constant comparisons between herself and Meghan Markle?

After the article was published, Kensington Palace was quick to reply that the piece was a “swathe of inaccuracies and false representations.”

It is said that Kate is considering legal action against the magazine, which would definitely cause comparisons to be made between her and litigious Meghan.

According to inside sources, the palace is extremely upset at claims Kate has been left, “exhausted and trapped,” after Prince Harry and Meghan left the UK for a life in the U.S.

As far as the claims against the article, Tatler dismissed a legal complaint by Prince William and Kate claiming it, “no merit.”

Tatler issued a response statement, saying in part, “Tatler’s Editor-in-Chief Richard Dennen stands behind the reporting of Anna Pasternak and her sources. Kensington Palace knew we were running the “Catherine the Great” cover months ago and we asked them to work together on it. The fact they are denying they ever knew is categorically false.”

Additionally, the pair have asked that the magazine removed the piece from the internet.

Speaking to The Mail on Sunday an inside source shed more light on the matter by saying, “That is such an extremely cruel and wounding barb. It’s disgusting. It’s sexist and woman-shaming at its very worst.”

“The piece is full of lies. There is no truth to their claim that the Duchess feels overwhelmed with work, nor that the Duke is obsessed with Carole Middleton. It’s preposterous and downright wrong … The Duchess is a naturally shy woman who is doing her best.”