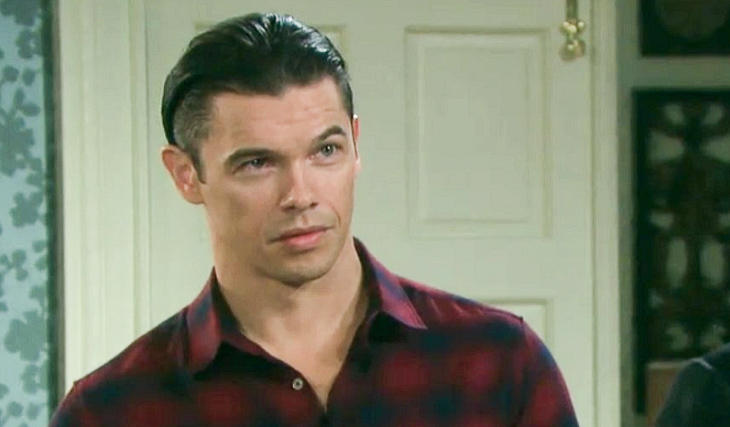 NBC Days of Our Lives updates and spoilers reveal that Xander Cook Kiriakis (Paul Telfer) goes searching for Sarah Horton (Linsey Godfrey). He just saved Maggie Horton Kiriakis’ (Suzanne Rogers) life and wants another chance with Sarah. However, he is in for a shock when he finds her in bed with Brady Black (Eric Martsolf). Did they get frisky or is it just a setup to hurt Xander?

DOOL spoilers reveal that Sarah is suffering in multiple ways. She just found out her baby is dead and the one she’s been raising is actually Kristen DiMera’s (Stacy Haiduk). The man she loved was the person responsible for the baby switch and at this point, she believes her own mother caused the newborn’s death.

Even though she tries to forgive Maggie, there is still a lot of resentment. However, the person she ultimately blames for all of her pain is Xander.

Meanwhile, Brady is dealing with his own tragic circumstances. Just when he and Kristen were able to hold their daughter, the family was separated. Kristen went on the run with the baby in order to avoid prison. So, Brady has lost the woman he loves and his little girl.

It wouldn’t have happened if Xander hadn’t switched babies. That one decision created a domino effect, which eventually led to Kristen stabbing Victor Kiriakis (John Aniston).

Days of Our Lives spoilers reveal that after saving Maggie’s life, Xander tries to beg Sarah for another chance. He also wants to let her know of his heroic act, thinking it will somehow redeem him of the baby switch scheme. However, Sarah isn’t alone and is in an awkward predicament.

According to the latest issue of Soap Opera Digest, Xander walks in and finds Sarah in Brady’s bed! What Xander doesn’t know is that it is just a setup to make Xander suffer. Brady and Sarah don’t get intimate, they just want Xander to think so. 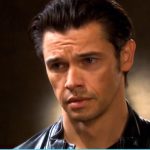 Telfer explained that things for Xander won’t get any better. Not only has he lost a child he was raising as his own, but the woman he loves too. In addition to that, he will get fired by Victor.

“He was so close to everything he ever wanted. Now, he’s at his absolute lowest, this outcast and pariah.”

When Xander realizes that he has lost everything, will he revert back to his bad-boy ways? Sarah was the reason the villain was trying to be a better man. Without her love, there might not be any reason for Xander to play nice anymore.