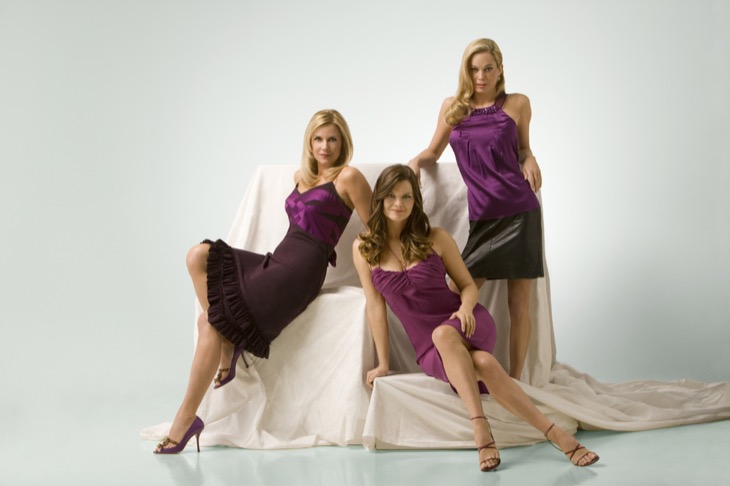 CBS The Bold and the Beautiful updates and spoilers reveal that we are watching reruns until filming starts up again. This week, we will see storylines involving Brooke Logan Forrester (Katherine Kelly Lang). During a recent interview, the actress revealed which Brooke-centric episodes she would like to see aired again.

B&B spoilers reveal that longtime fans remember Stephanie Forrester (Susan Flannery). She never liked Brooke and was quite opinionated about it. She made her thoughts known and it created lots of interesting storylines.

TV Insider asked Lang what Brooke-centric episodes she would like to see air again. The interviewer mentioned Brooke battling for BeLieF. Lang agreed that she loved that storyline, in which Brooke slapped Stephanie back!

The actress also picked the episode in which Brooke became the CEO of Forrester Creations for the very first time. She had been given a and it was revealed that it gave the Forresters control of BeLieF. Brooke ended up ripping up that contract in a very dramatic and powerful way.

The Bold and the Beautiful Spoilers: Wyatt Sounds The Alarm, Flo’s Missing! Will Sally Spectra Keep It Together?

The Bold and the Beautiful spoilers reveal that the soap had its share of catfights. For Brooke, she often got into rumbles with Taylor Hayes (Hunter Tylo). Sometimes, the two would fight in interesting and unexpected places. Once, they brawled in the mud. Another time, Brooke and Taylor ended up in a fish pond. She thinks it would be fun to see those catfights again.

The Bold and the Beautiful Spoilers: Friggin’ Oopsie Moment

Lang also mentioned that there was one scene in which she said the word “friggin’.” At that time, saying that word in a TV show wasn’t allowed. She realized what she had done afterward, but the oopsie moment was let go.

You know you love her. 💙 Don't miss "The One, The Only Brooke Logan" Week with episodes featuring @KatherineKellyL next week on #BoldandBeautiful! pic.twitter.com/kp64vhuqFQ

“I said, ‘All you friggin’ people!’ Later, I thought, am I able to say ‘friggin’?’ Usually, you couldn’t say words like that — but that time, they let it go. I love it because Brooke was so in the moment.”

What do you think of what Katherine Kelly Lang said about which Brooke-centric episodes she would like aired again? Do you agree with her choices or do you have others that you would pick? What are the most memorable scenes with the character that still stick out in your mind? Even though new episodes are not airing, you can see Brooke every single day this week as she is featured in the current theme.

The Bold and the Beautiful Spoilers: Wyatt Sounds The Alarm, Flo’s Missing! Will Sally Spectra Keep It Together?