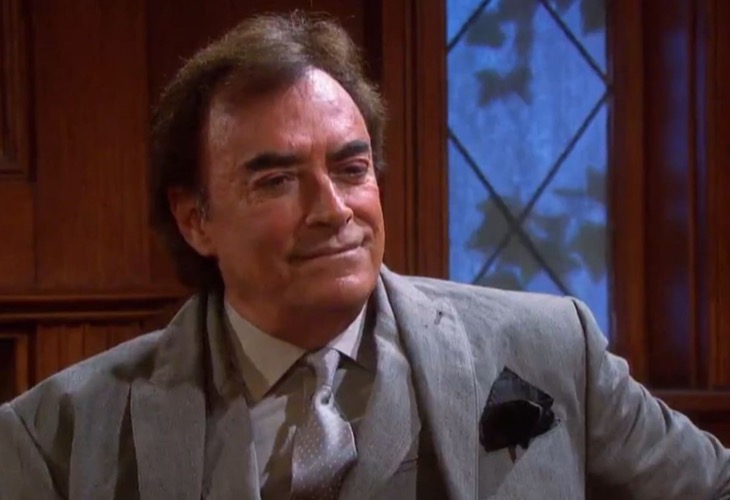 Days of Our Lives spoilers reveal that the winter promo confirms that in Salem Tony DiMera (Thaao Penghlis) and Anna DiMera (Leann Hunley) warn Abigail DiMera (Marci Miller) about Gwen Rizczech (Emily O’Brien). Plus, Penghlis posted a photo on Instagram of himself and Chad DiMera (Billy Flynn), calling their characters “survivors.” But what exactly do they survive?

DOOL spoilers reveal that Tony and Anna confront Abigail. While Tony stands by to support his wife, Anna warns Abigail that Gwen is not the nice girl she appears to be. However, it seems that Abigail might not believe her. With tears in her eyes, she later hugs Gwen, who also appears emotional. However, we doubt that the schemer feels anything and it’s all an act.

Last month on Instagram, Penghlis shared a few photos of himself with Chad. In one of them, he teased the DiMera brothers would be on a “mission” and included the hashtag “winning.” In another Instagram post, the actor said that Chad and Tony were survivors. So, what exactly was he talking about? What do they survive and could this have something to do with Gwen?

Days Of Our Lives Spoilers – Gwen Rizczech Has Killer Reaction?

Days of Our Lives spoilers reveal that survival could be interpreted in a number of ways. For the sake of argument, let’s assume it’s physical survival. Since Tony and Anna warn Abigail about Gwen, they know something that she doesn’t. We don’t know if they witness something that sets off alarm bells or if they know exactly who Gwen is and why she is so bitter.

If Tony and Chad try to get rid of Gwen, could she react with rage? We have seen her have extreme reactions before, especially when she was still dating Jake Lambert (Brandon Barash).

Head writer Ron Carlivati told Soap Opera Digest that we would get answers about Gwen at the end of the year. That is coming up pretty quickly. But it is also teased by other sources that Gwen’s big secret comes out on New Year’s Eve.

We do see her trying to see Chad under the mistletoe, then trying to seduce him in bed another time. Both of these incidents were shown in the winter promo released at Day of Days 2020. So, it seems that we are close to getting answers, but will they be what we expect? Or could fans be shocked over the truth?