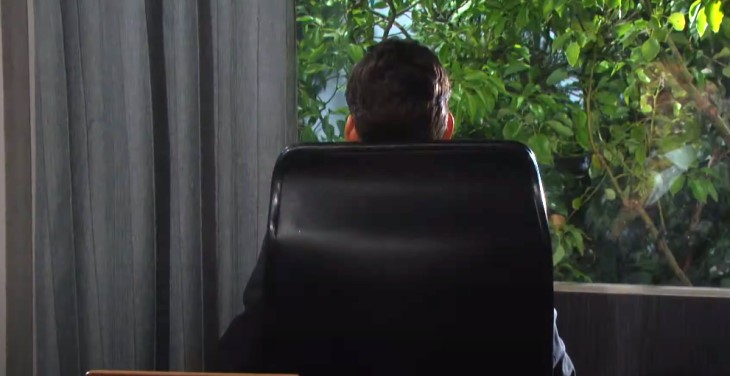 Days of Our Lives spoilers reveal Li Shin (Remington Hoffman) comes to Salem to see Gabi Hernandez (Camila Banus). She wants to be reinstated as the CEO of DiMera Enterprises. However, Li is seen chatting with Chad DiMera (Billy Flynn), who seems thrilled about something. Could Stefan DiMera (Brandon Barash) be used to take down Gabi for good?

DOOL spoilers reveal that on April 23, Brandon Barash will return. Considering he was brain-dead and had his heart given to an ailing Julie Williams (Susan Seaforth Hayes), it seems Stefan being resurrected is impossible.

Head writer Ron Carlivati loves to use masks, doppelgangers, and other optical illusions with characters. It seems that might be the case here.

This week, Li will arrive in Salem and he comes specifically to visit Gabi. We also know that the wicked widow wants to get back her previous position at DiMera Enterprises. At the same time, there is a sneak peek photo of Li happily chatting with Chad and Abigail DiMera (Kate Mansi).

All three of them look rather pleased, which is interesting considering Li fired the DiMera heir in “Chad & Abby in Paris.” His termination was due to false claims of sexual harassment. They didn’t end on a good note, so it seems that Li and “Chabby” might be up to something.

Days of Our Lives spoilers reveal that in the spring preview promo clip, Gabi visits Stefan’s grave. The widow says that she wishes Stefan were there to share in “my joy.” Could that joy be Gabi thinking she is once again in control at DiMera Enterprises?

One item on Stefan DiMera’s (Stephen Nichols) list was to get rid of Gabi. He asked Chad to get rid of her. However, Chad failed to commit murder while under Stefano’s spell. It is possible that Chad could still take down the Latina fashionista, even after Stefano’s demise.

“Chabby” has been at war with Gabi ever since they returned from Paris. Perhaps Li is going to help Chad with a little payback.

Is it possible that Stefan isn’t really Gabi’s dead husband, but someone wearing a mask or a lookalike? Kristen DiMera (Stacy Haiduk) had a Nicole Walker (Arianne Zucker) mask. Aiden Jennings had an evil doppelganger hired by Andre DiMera (Thaao Penghlis). So, it certainly is possible that Stefan really isn’t Stefan.

Could Li and Chad decide the best way to take down Gabi is to trick her into thinking she has the position, then having her hand the reins over to the fake Stefan? Once Stefan imposter has control, he can get rid of Gabi for good.

New #DOOL Days of Our Lives Spoilers: Li Shin Arrives in Salem – What Does He Know About Stefan DiMera?https://t.co/5a0SgkhNyK

The only question is, why go to all this trouble? Gabi has already been fired. Perhaps they need her for a specific reason or is this their cruel way of making sure she never crosses a DiMera again? If they are going to take extremes like this just to make a point, then Chad might be more like his father than he cares to admit.