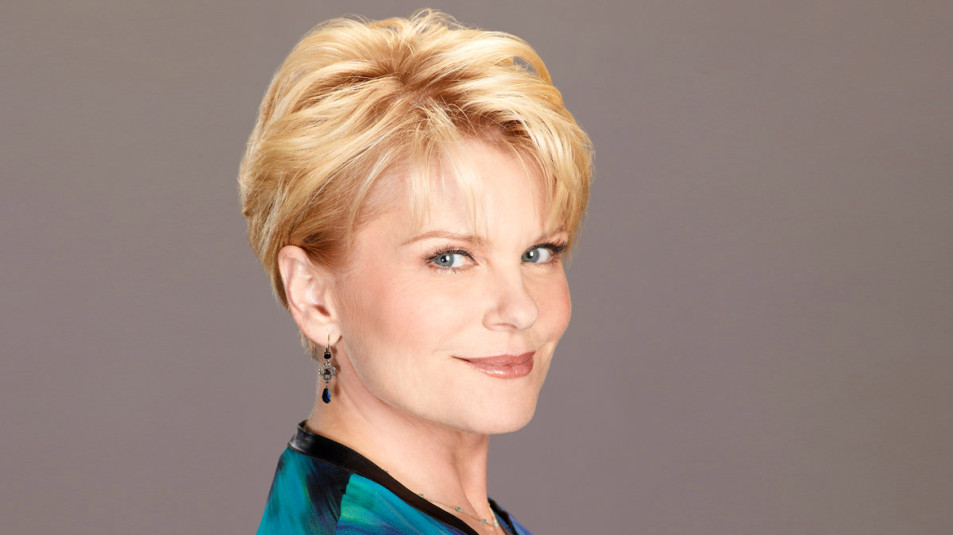 Days of Our Lives spoilers tease that Sonny Kiriakis (Freddie Smith) and Justin Kiriakis (Wally Kurth) will talk about the last day of Adrienne Kiriakis’ (Judi Evans) life in an upcoming episode of Days of Our Lives!

DOOL: The Day Starts With A Mother’s Day Celebration

The day starts with a Mother’s Day celebration, likely a nice meal, shared by Justin, Sonny, Adrienne, and Sonny’s husband Will Horton (Chandler Massey). It will also be around six months that Justin and Adrienne remarried again, although the day was marred by Jennifer Horton Deveraux’s (Melissa Reeves) fall to the ground from the balcony of Saxon’s Bistro, which was suspected right away by Jack Deveraux (Matthew Ashford) to have been intentional and a push given to Jennifer by Eve Donovan (Kassie DePaiva) who was now in prison while Jennifer was still in a coma from which doctors were not sure she would ever recover.

That tempered the happy day with sadness, since Adrienne and Jennifer were best friends as well as sisters-in-law, Jack being Adrienne’s brother. They had just gotten married in a double wedding, taking advantage of the venue and the reception venue, Saxon’s Bistro, after Lani Price (Sal Stowers) had walked out on Eli Grant (Lamon Archey) just as they were at the altar getting ready to take their own vows!

Days of Our Lives Spoilers: Sarah Horton Goes Into Labor And Adrienne Kiriakis Is The Only One At Home

Later, Sarah Horton (Linsey Godfrey) goes into labor and for some reason, Adrienne is the only one home at the Kiriakis mansion and decides to drive her to the hospital! It’s not always an exact science predicting one’s due date in pregnancy, unless it’s prearranged and it’s a caesarian section! So Sarah may or may not have been expecting to go into labor on Mother’s Day, and her mother, Maggie Kiriakis (Suzanne Rogers) had been upset with the unexpected arrival of Summer Townsend (Marie Wilson) the daughter she gave up for adoption as a baby, when she had been involved as a young woman with a farmhand, Noah.

Summer, however, was bad news – a con woman and always making trouble. She hadn’t shown up in Salem for around three and a half years, and all of a sudden, there she was again! Maggie was out of the house when Sarah went into labor, as well as Justin, Xander Kiriakis, (Paul Telfer) Victor Kiriakis (John Aniston) and Will and Sonny were both gone too. So Adrienne winds up taking Sarah to the hospital instead of calling 911 because she didn’t want her to give birth alone!

Sarah Horton And Adrienne Kiriakis Are Involved In A Crash

Sarah and Adrienne are involved in a crash on the way to the hospital; Adrienne goes into the windshield, and Sarah gives birth in the car, assisted by Xander who is probably on his way to the hospital also after being called. He comes across the crash and delivers the baby. Will was also on the road that night, and took his eyes off the road for a split second to look at his phone, and is also involved in the crash. There is one other car involved, but it is not at the scene when the ambulance arrives, with JJ Deveraux (Casey Moss) in it. Sarah is in labor, Xander sees the accident happen, and Will blames himself because he looked at his phone! Adrienne is not able to be saved!