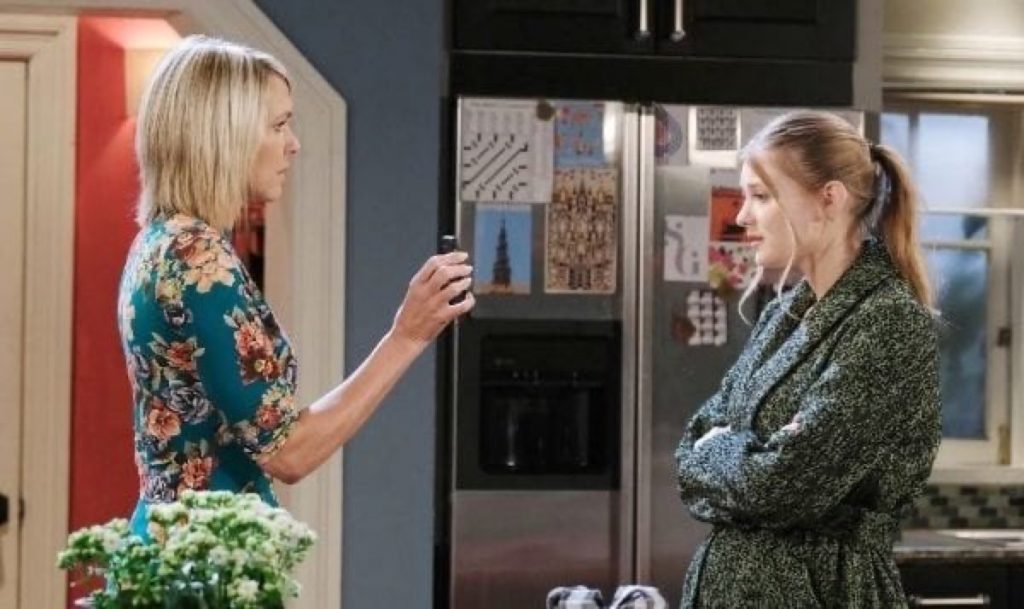 Days of Our Lives spoilers tease that in Salem Rafe Hernandez (Galen Gering) will give Nicole Brady (Arianne Zucker) some good news about Allie Horton (Lindsay Arnold) in an upcoming episode of Days of Our Lives!

Days of Our Lives viewers will recall that Allie, desperate for Tripp Dalton (Lucas Adams) to receive punishment for the night she believed he raped her, took a page out of her mother’s playbook. Her father, Lucas Horton (Bryan Datillo) had told Allie that her mother, Sami Brady DiMera (Alison Sweeney) was raped in high school at an age younger than Allie is now.

She had pulled a gun on her rapist, intending to emasculate him with a bullet! Sami had not received justice either and her rapist was never punished. So Allie broke into her grandmother Kate Roberts’ (Lauren Koslow) lockbox and had stolen her gun, and if it weren’t for Tripp’s mother, Ava Vitali (Tamara Braun) wrestling the gun away from her, may have succeeded in her plan! Rafe was once Allie’s stepfather and came to Nicole’s apartment to catch up with Allie, but knew about the whole situation including Allie’s misguided attempt at vigilante justice!

He ran into Nicole returning home as he left the apartment – she was worried about if Rafe was going to arrest Allie, but he said no, at least not right then! Later, he did go to talk to Kate about her granddaughter, and she hadn’t even known her gun was missing! When Rafe told her what happened, he also told her that Allie could be charged with a felony for holding the gun on Tripp. She did kind of roll her eyes and refer to Allie being a chip of the old block, obviously thinking of Sami!

Rafe returned after speaking to the DA, and had good news for Kate. He had told her he would make Allie’s case to the DA, although Melinda Trask (Tina Huang) would likely favor Tripp because of his past of helping her late daughter Haley Chen (Thia Megia). He was able to convince her to drop the charges against Allie. Now, he needs to catch up with Nicole and let her know, Kate would tell Allie. Allie is still not happy that Tripp has not been punished, and Kate advised her to sue him in civil court, because he may be compelled to tell the truth and also to pay child support for baby Henry Horton (Jayna and Kinsley Fox). Allie considers it and makes an appointment with Belle Brady (Martha Madison) to talk about the possibility of a civil suit.

As for Rafe, he has been all over the place! He had talked to Allie earlier, Nicole in the hallway, Kate in the police station, and then went over to Statesville Prison to let Joey Johnson (James Lastovic) who was being visited by his parents, Steve Johnson (Stephen Nichols) and Kayla Brady (Mary Beth Evans) know his sentence had been vacated, and he was free to go home! He finally makes it over to Nicole’s place and lets her know that Allie is not being charged for holding the gun on Tripp! She is very relieved!

The Young and the Restless Spoilers: Billy’s Impulsive Actions Lead To Some Pretty Big Problems