Days Of Our Lives Spoilers: Ben Finally Accepts Ciara’s Death – He And Shawn Brady Mourn Her Together 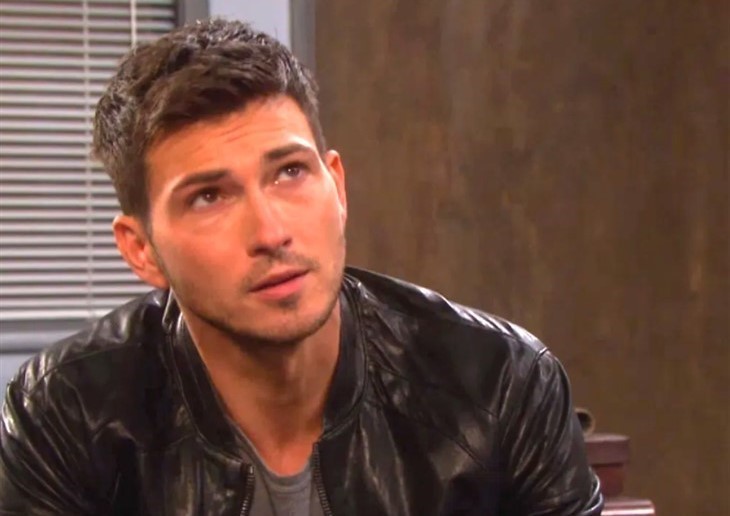 Days of Our Lives spoilers tease that in Salem Ben Weston (Robert Scott Wilson) will finally accept the death of his bride, Ciara Brady Weston (Victoria Konefal) and her brother, Shawn Brady (Brandon Beemer) and he will mourn her together.

Nobody wanted to believe that Ciara was really dead; for one reason, her wedding rings were found outside the exploded car. The explosion apparently destroyed her body, and not even one cell of DNA was left. Usually, this does not happen. There are nearly always charred remains even when a plane crashes and explodes. With Ciara, not even a pinky bone was found.

A spent bullet had been found, and Vincent Belman (Michael Teh) had told Ben that he shot Ciara, and she was already dead by the time he escaped the car, which blew up as he ran! Shawn and Hope Brady (Kristian Alfonso) had also been at the scene, and they ran after Belman as Ben frantically tried to get near the car to rescue her. But, other than the bullet, and her rings which were found outside, there was no trace of her. Shawn and Hope and Ben all searched for her, and exhausted all avenues, but she was nowhere to be found. Ultimately, Hope could not accept that Ciara was dead, and left town in search of her.

Ben has taken a long time to come to terms with her loss, and even though a memorial service was held for her, he didn’t go. Instead, he knocked out Eli Grant (Lamon Archey) and kidnapped Vincent from the Salem jail and forced him to the airfield where the car exploded – and tried to force the truth out of him, only to have him tell him she was dead when the car exploded!

Rafe Hernandez (Galen Gering) recently came back to Salem from Mexico, and he found Hope – and confirmed she would not quit looking for Ciara. He couldn’t get her to come back to Salem. He could understand, remembering how she talked about her youngest son Zack Brady’s (Garrett and Spencer Gray) death. He was still a little boy when he died. It has been difficult for Ben to accept Ciara’s death, and now, several months later is looks like he’s finally ready to and to grieve and mourn her loss.

Shawn and Belle Brady (Martha Madison) have remained in Salem all these months, partially because Shawn has been doing his mother’s former job as Salem Police Commissioner, and also because of their daughter Claire Brady (Isabel Durant). Deep down, Shawn may have also decided to remain because of the very slim hope that his sister could return to Salem alive. Then he would have to look for their mother! But now that Rafe is back, and he knows how to find Hope, he would probably be the one to contact her. Now that Ben is ready, Shawn will mourn his sister along with Ben, and likely have a little memorial service of their own.