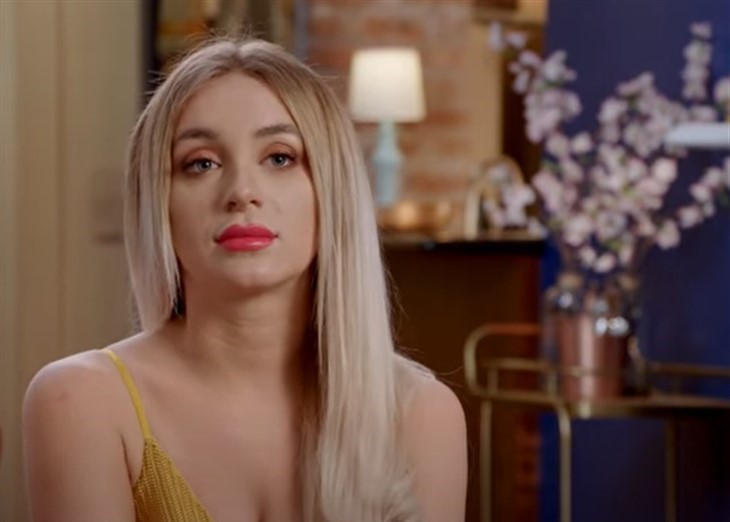 TLC’s 90-Day Fiancé stars Jovi Dufren and Yara Zaya are a brand-new couple to the 90-Day Fiancé universe, but it appears Yara is very rude with Jovi; and here’s why!

90 Day Fiancé fans will recall that Jovi has gone to great lengths to impress Yara, and now the Ukranian beauty has arrived in America. The “bayou boy” who lives in New Orleans, Louisiana wanted to make sure his future bride saw all the good things that the bayou country has to offer! But when she finally got here, she didn’t seem real impressed with either Jovi or America, in particular, Louisiana.

She didn’t even know what it was she loved the most about Jovi – but now she is coming clean. It is a very emotional reason that made Yara answer that question with that she didn’t know! They have had some troubles, as most 90 Day Fiancé couples have. Jovi was afraid he was getting scammed, Yara was upset about his excessive drinking. They met on a dating app and connected over their mutual love of travel, and the couple have taken multiple vacations together. Then Yara became pregnant, and life took a detour. Sadly, the pregnancy resulted in a miscarriage.

Jovi proposed marriage to her anyway, even though he was a little nervous about her possibly using him to get a green card. He saw no other option but to follow up with entering the K1 visa process so she could come to Louisiana, and they could get married. He makes a good living as an ROV supervisor, four weeks on, four weeks off. ROV means Remotely Operated Vehicle, and in his case, he runs these cross between a submarine and a backhoe in some cases to perform underwater salvage.

90 Day Fiancé Spoilers – So Why Is Yara So Rude?

Yara was asked by TLC producers on camera what exactly she loves about Jovi, and she didn’t know; although she admitted he had a good body – at least before the pandemic! He’s put on a little weight but who hasn’t?! Then she said although she loves him it’s not like a crazy kind of love where she would jump off a mountain if he didn’t love her back, but she does miss him when they are apart. Then she decided she loves him. It sounds like she is describing the difference between infatuation and a mature love relationship, but some fans are of the opinion that the couple will be a hot mess, or she only loves Jovi for his helping get her a green card! She soon took it upon herself to explain.

She really doesn’t know how to talk about feelings and how to express and show them. That’s why she comes across rude and sometimes cold. She’s not any different about her mother or her dog. She goes on to say that in the Ukraine many families are not demonstrative with feelings and come across aloof towards each other although they are really not. Many other cultures are the same way!

Stay tuned to TLC’s 90-Day Fiancé, and keep checking here for all the latest news, updates and developments about all your 90-Day Fiancé faves!