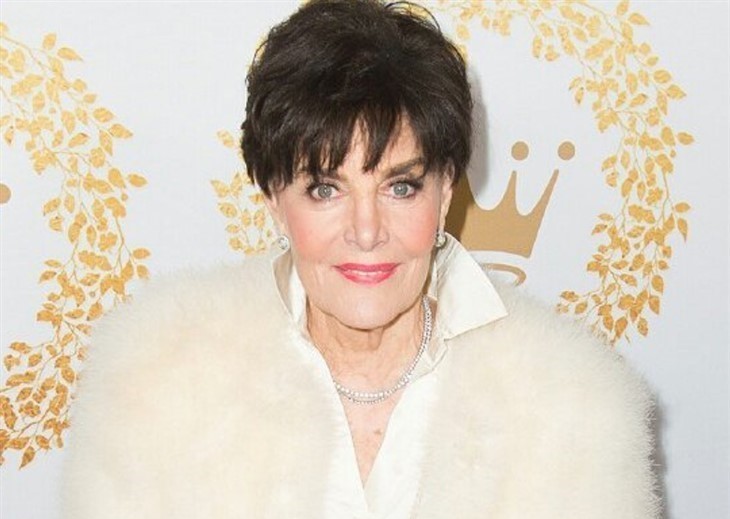 NBC Days of our Lives spoilers reveal that Vivian Alamain is once again gracing Salem, this time in the form of daytime legend Linda Dano who is already filming at the studio. Dano debuts in early 2021.

The role is associated with long time portrayer Louise Sorel but more recently Robin Strasser (ex-Dorian Lord, One Life to Live) appeared as a recast.

Days Of Our Lives Spoilers – Linda Dano Returns To Daytime

Strasser announced on social media: “BELOVED Soap Diva #LindaDano who joined up with beloved #AlisonSweeney in 2018 will in 2021 be joining the cast of beloved long-running #DaysOfOurLives as the new VIVIAN. Linda has timeless energy-pizzazz-& marketing skills in addition to her acting sizzle.”

Strasser appeared as Vivian in 2019 and Sorrel reprised the role briefly in 2020. Let’s keep our fingers crossed that the third time is the charm and that Dano stays on long term.

Sorel is also an alum of One Life to Live where she played Judith Sanders, and she also portrayed Augusta Lockridge on Santa Barbara.

The NBC soap brass have not announced a reasoning for the recast but Dano is a welcome addition to the daytime landscape. Her credits are bountiful and as Strasser says, Dano brings excitement to any project she is involved in.

She played romance novelist Felicia Gallant on Another World from 1983-99 then crossed over to One Life to Live where she played the character Rae Cummings.

Her credits also include General Hospital. On GH she was Skye Quartermaine, on a mission to discover who the biological father was; it turned out to be Alan Quartermaine.

Days Of Our Lives Spoilers – Linda Dano Is Coming To Salem

Vivian is a proper soap diva in every sense of the word. She is at turns brilliantly evil and then flamboyantly seductive. She also has a hilarious sense of humor.

Vivian debuted in Salem in 1992. She set her sights on Victor Kiriakis (John Aniston) but soon was doing enough evil deeds to be put in the sanitarium.

After being released she managed to carry and give birth to Philip Kiriakis (Jay Kenneth Johnson) the son of Victor and Kate Roberts (Lauren Koslow).

In 2017, she stunned everyone when she introduced her and Stefano’s son, Stefan DiMera (Tyler Christopher). In 2020, she returned and met Stefan’s lookalike Jake Lambert (Brandon Barash) who turned out to be Stefan’s twin.