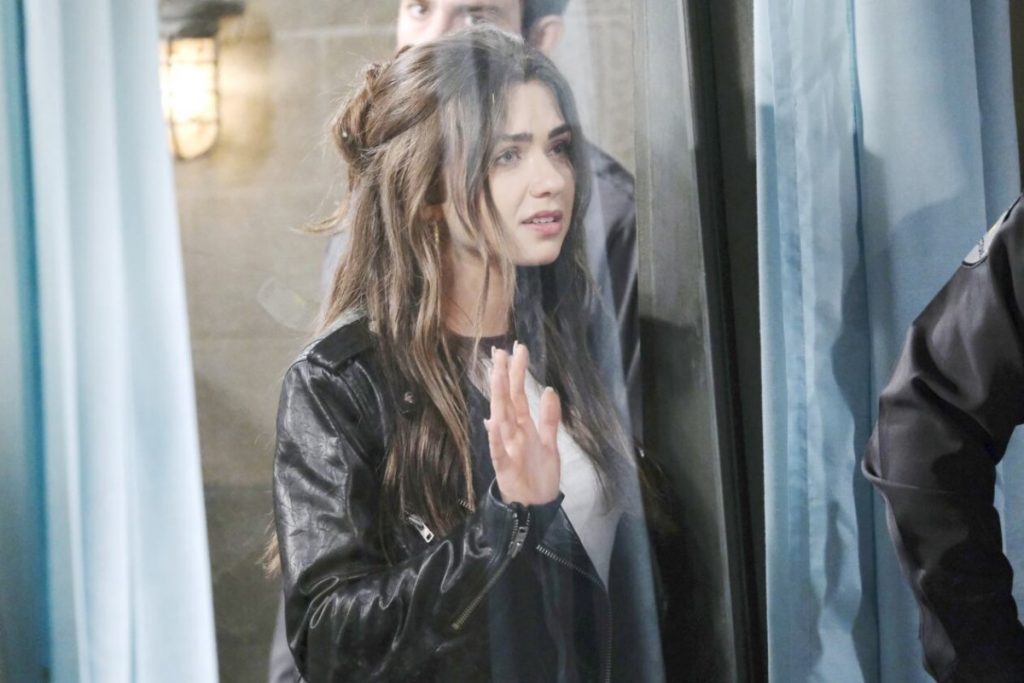 Ciara Brady (Victoria Konefal) tries to stop Ben Weston’s (Robert Scott Wilson) with a last-minute save, as viewers saw this scene begin on Friday as she made a call to the warden to tell him she knew who the real killer is. She will then head over in person, possibly not being able to contact the warden by phone. 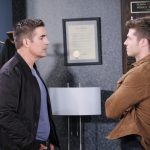 She tries to convince the warden that the real killer of Jordan Ridgeway (Chrishell Stause) is Evan Frears aka Christian Maddox, the birth father of Jordan’s baby, who has been working for Police Commissioner Rafe Hernandez (Galen Gering) as his nanny. After she and Will Horton (Chandler Massey) who is also at the prison come back from the Kiriakis mansion maybe then he will change his tune!

At the Kiriakis mansion, Evan has shown up at Sonny Kiriakis’ (Freddie Smith) request so Sonny could officially break up with him since he and Will) are not going through with their divorce. Viewers saw Evan didn’t take it too well, pulling a gun on Sonny near the end of Friday’s episode.

Evan also had kidnapped baby David Ridgeway (Caleb and Kyler Ends) prior to leaving Rafe’s house, and he reveals to Sonny that he is David’s birth father! Luckily, Ciara, after the warden blew her off and Will shows up at the mansion and Ciara gets the gun away from him and brings him back to Statesville Prison! But the big question is, where is baby David?

Days of Our Lives Spoilers – Kayla Brady Is Horrified

Still held captive by Stefano DiMera, (Stephen Nichols) Kayla Brady (Mary Beth Evans) is horrified by Dr. Wilhelm Rolf’s (William Utay) idea about a new way that Stefano could have Marlena Evans (Deidre Hall). In Friday’s episode, Kayla got a look at Rolf’s new journal and saw that “Stefano” is in a chip in Steve’s brain, much the same way that Hope Brady (Kristian Alfonso) was turned into Princess Gina Von Amberg and controlled. Could this be a clue that Rolf suggests capturing Marlena’s “essence” and putting into Kayla by means of a chip?

In another continuation of a scene from Friday’s episode, Justin Kiriakis (Wally Kurth) turns to John Black (Drake Hogestyn) for help, having run into him at Salem University Hospital looking for Marlena! Stefano had demanded that Justin bring him, Marlena, in addition to the ten million dollars he had already procured for him, and so Justin went to the hospital looking for her.

Undoubtedly Justin will tell John all the details and that Stefano has Kayla and is demanding Marlena in exchange for her, on top of the ten million dollars! John and Justin will come up with a plan!