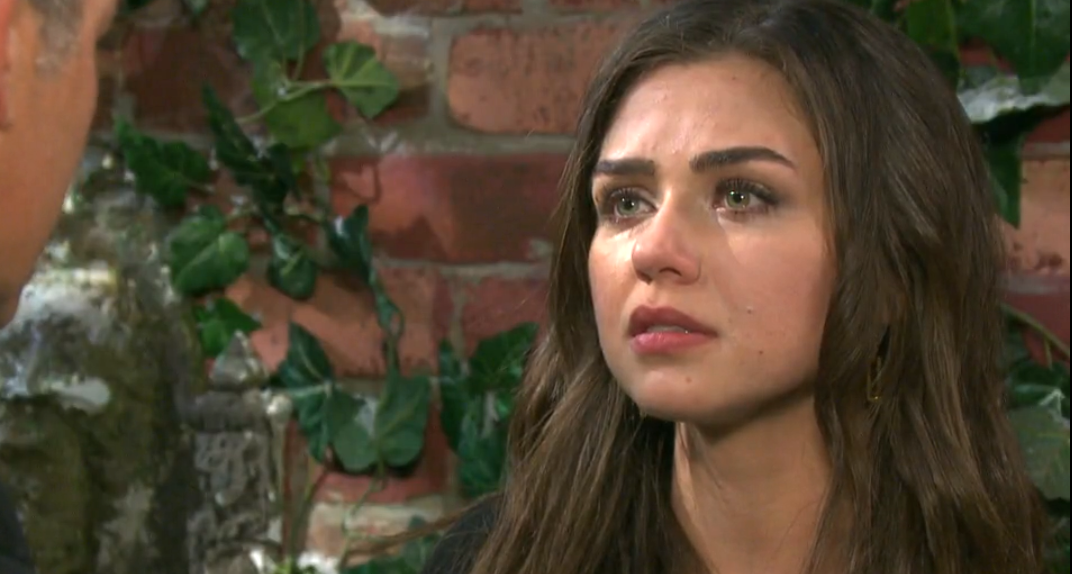 Days of Our Lives spoilers tease that Ciara Brady (Victoria Konefal) will ask her former stepfather and Salem Police Commissioner Rafe Hernandez (Galen Gering) for his help in an upcoming episode of Days of Our Lives – she wants to look at the police report he wrote about the break-in at the gatehouse!

Days of Our Lives viewers will recall that there was a break-in at the gatehouse earlier the same day that Jordan Ridgeway (Chrishell Stause) was killed; Rafe himself came to investigate! Ben Weston (Robert Scott Wilson) had arrived home to find one of the windows open. It was a window that he had closed and locked earlier, and Jordan had been on the loose and Ben was worried about her coming after Ciara.

Rafe was worried about her being loose too, considering he had just gotten out of the hospital after eating a poisoned cupcake that was meant for Ciara! Rafe inspected the window, and Ben had noted that Jordan apparently had been there because he found a photograph of Ciara with the glass cracked.

Rafe told him to take Ciara to a police safe house until Jordan was captured. Ciara remembers Ben talking about this and asks Rafe if she can look at the police report. She suggests maybe it wasn’t Jordan at the house earlier in the day who broke the photograph of her but someone else looking for Jordan – possibly the person who may have come back later and killed her! Maybe the person just bumped into the photo and had knocked it on the floor and the glass broke.

Rafe has to admit she has a point but with this much time elapsed, over a year, since the crime was committed, there wouldn’t likely be any DNA or anything else useful to exonerate Ben with – it wasn’t difficult for Rafe to figure out that is why she wanted to look at the report.

5 Not To Be Missed Weekly Days Of Our Lives Spoilers February 24 to February 28 https://t.co/F2kjWAOSKx pic.twitter.com/UCYjN1VjDn

Rafe intercedes with the DA and decides not to press charges against Ciara for knocking him out with a baseball bat and to let the aiding and abetting charges drop as well since Ben turned himself in. Ciara has made enough valid points to put doubt in his mind that it was Jordan who had been at the gatehouse and left the window open after breaking in, earlier in the day since later she was found dead!

He also sees doubt that Ben was the one who killed her, although he made a lot of mistakes by touching the body, removing her scarf, which was the murder weapon, and disturbing the crime scene in general. But Ben had mixed feelings about his sister, who had kept him safe from their abusive father Clyde Weston (James Read) and practically raised him; and yet was trying to kill his girlfriend!

He was out of his mind with shock and grief! Ciara was with him but it was such a shocking scene that she didn’t think to remind him not to leave his fingerprints or DNA on Jordan or the murder weapon! There isn’t very much time to retcon the investigation into Jordan’s murder to try to get Ben exonerated, but he determines to look into it and help Ciara if he can.