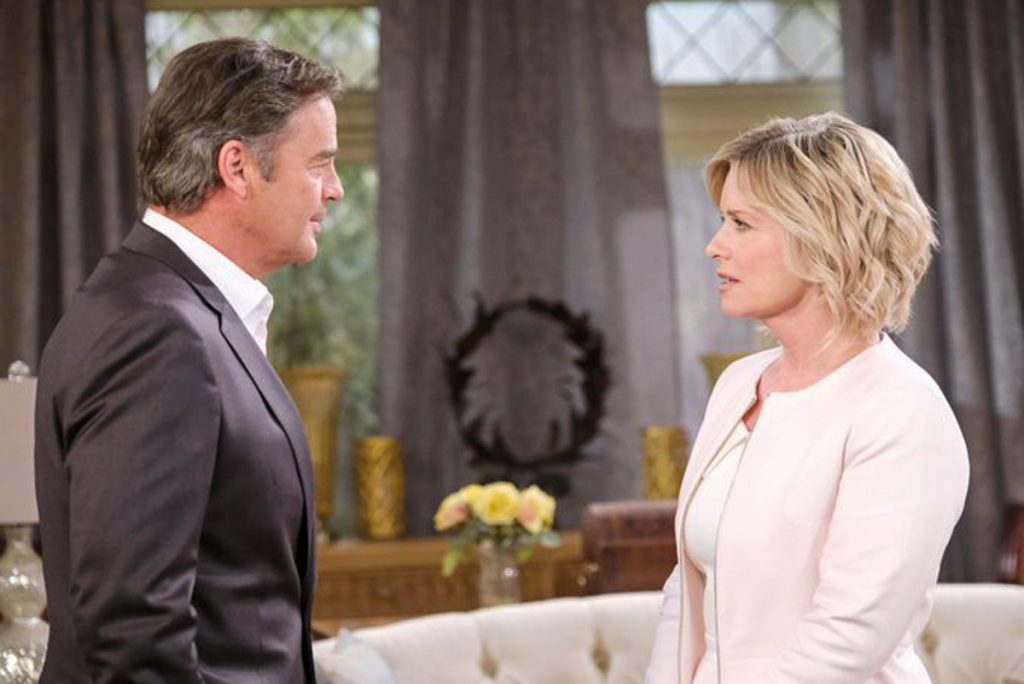 DOOL spoilers confirm that Steve “Patch” Johnson (Stephen Nichols) was the love of Kayla’s life. They had been together on and off for approximately 30 years. When he went on his last mission, they missed each other but Steve always found time to call. Then one day, it all stopped. Later, she sent him divorce papers and he signed it without a word or a fight.

Fans know this is because by that time it was no longer Steve, but a brain chip making him think he was Stefano DiMera (formerly Joseph Mascolo). However, Kayla and most of Salem has no idea.

Days Of Our Lives Spoilers Wednesday, January 8: Nicole Lies To Kristen – Gabi Tries to Cover Her Tracks With Eli – Kate Warns Will About Evan

During the time jump, Kayla wasn’t the only one to lose her spouse. So did Justin when Adrienne ended up being allegedly murdered by her son-in-law. However, fans have a hard time believing Will Horton (Chandler Massey) could hurt anyone. If the young man is innocent, Adrienne is still gone.

Days of Our Lives spoilers reveal Justin and Kayla were there for each other as friends. Then, is turned into something more. Once Jennifer Horton (Melissa Reeves) woke up from her year-long coma, she was stunned like viewers were that Justin moved on so quickly. Now, the two are living together, something some fans think is too fast.

In the latest issue of CBS Soaps In Depth, Mary Beth Evans defended the decision to bring Justin and Kayla so quickly after Adrienne’s death.

“Justin was there for her and it just sort of happened… As older people, you don’t want to waste time. Someone dying makes you realize how fragile life is. Justin even says, ‘I just want to be happy, and you make me happy. I’m just gonna try and live in the moment and be there.’”

What do you think of Justin and Kayla’s romance? Do you believe the two moved on too quickly after Adrienne’s death?