Days Of Our Lives Spoilers Wednesday, January 8: Nicole Lies To Kristen – Gabi Tries to Cover Her Tracks With Eli – Kate Warns Will About Evan 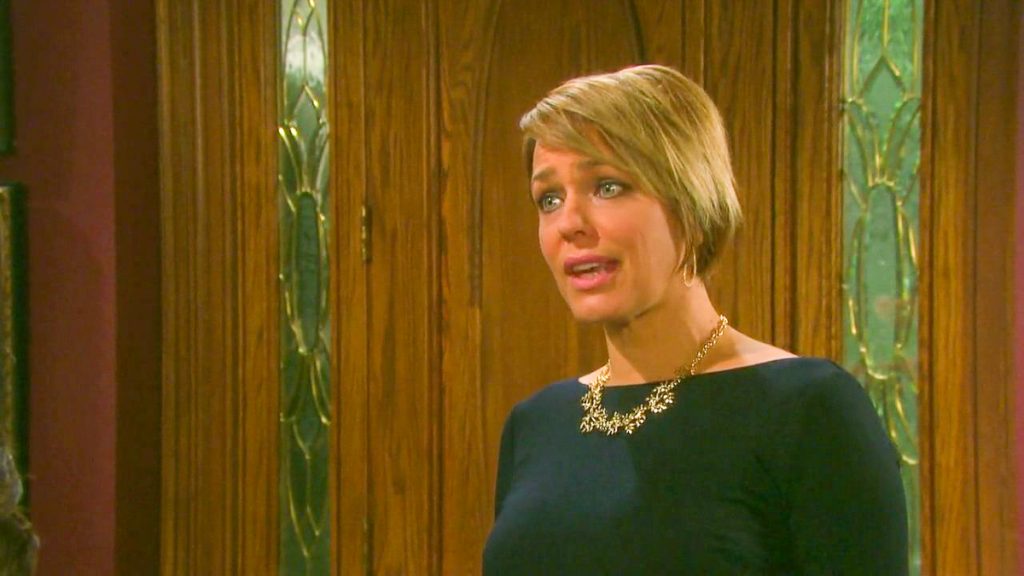 Nicole Walker (Arianne Zucker) lies to Kristen DiMera (Stacy Haiduk) about her relationship with Brady Black (Eric Martsolf). She tries to help him out so he won’t fall for Kristen again since she is trying to regain and reignite her relationship with him. It probably won’t dissuade Kristen, in fact it will likely make her very angry when Nicole embellishes things a bit by telling her that they are heavily romantically involved!

Days of Our Lives viewers will recall that Brady and Kristen became close romantically when she was pregnant with their baby, who unfortunately died, possibly being stillborn. Brady had been discussing with Nicole in recent episodes that he didn’t want to get close with Kristen again.

Lani Price (Sal Stowers) confides in JJ Deveraux (Casey Moss) who offers his help. She tells him about how Gabi Hernandez DiMera (Camila Banus) blackmailed her into dumping Eli Grant (Lamon Archey) at the altar and breaking up with him by using an app on her cell phone that she proved she could kill Julie Williams (Susan Seaforth Hayes) by controlling the speed of her pacemaker, and threatened to kill her if Lani didn’t break up with Eli! JJ thinks he can help with disabling or removing the app. He thinks he can gain Gabi’s trust long enough to do what he has to since the two of them once dated and were close.

Gabi tries to cover her tracks with Eli after he questioned her about her treatment of his ex-fiancé Lani. Lani had told him about how Gabi made her beg for her late husband Stefan DiMera’s (Brandon Barash) heart, to save Julie’s life when she needed a transplant and was too old to be on the normal transplant list.

Days of Our Lives viewers will recall that she was going to get Kate Roberts’ (Lauren Koslow) heart but then Dr. Wilhelm Rolf (William Utay) snuck into her hospital room and gave her a serum that solved the problem and she was no longer on life support not expected to live, so when it fell through Stefan was brought in and unable to be revived shortly afterwards!

Elsewhere, Kate warns Will Horton (Chandler Massey) about Evan Frears, (Brock Kelly) Rafe Hernandez’ (Galen Gering) nanny who is putting the make on Sonny Kiriakis (Freddie Smith)! Kate knows that Will is divorcing Sonny, and that the divorce is Will’s idea; perhaps she is concerned about Sonny taking care of Will’s daughter Arianna Horton (Sydney Brower) and Ari not liking Evan! Sonny and Will together had joint custody of Arianna with Gabi.

The Young and the Restless Spoilers: Adam Has Been Humbled – Genoa City Takes Notice