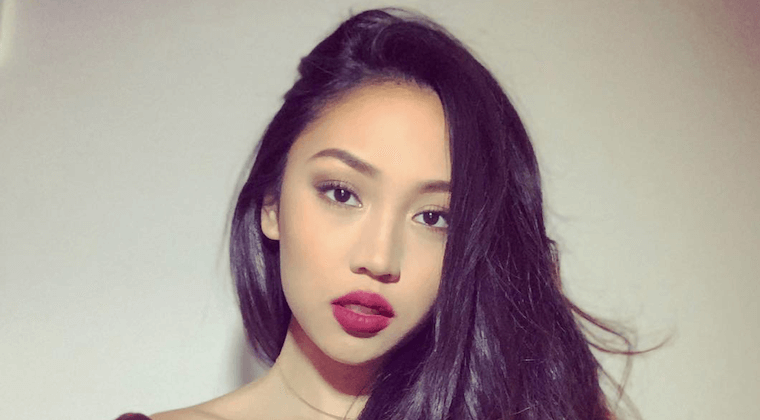 Days of Our Lives spoilers reveal Kristen DiMera (Stacy Haiduk) killed Haley Chen (Thia Megia). We finally know what happened during that fateful day and why JJ Deveraux (Casey Moss) wanted Kristen dead. It also explains how Kristen was cleared of murder even though she committed the act.

DOOL spoilers indicate that Kristen was shattered after being told her baby died. Just earlier, she had a scare, but delivered a healthy daughter. What happened between then and now? She tries to get answers from Haley, but ends up going into shock and commits a horrible crime during her zombie-like trance.

After Haley tells Kristen that her baby died, the new mother shuts down mentally and it is teased she ends up behaving like a zombie from the grief. In one horrible moment, she pushes Haley down a flight of stairs. The fall kills the nurse and Kristen can’t believe what she has done.

It is revealed that Brady Black (Eric Martsolf) is also in shock over Kristen’s actions. She ends up being investigated. Although she did push Haley, she was in shock and the police clear her of murder.

Days of Our Lives Spoilers: How 'Bristen' Baby Died, Plus Kristen Tried to Turn Over a New Leaf @celebratesoaps #DOOL #Days #DaysOfOurLiveshttps://t.co/W8Ps0XYCd3

Days of Our Lives spoilers reveal JJ finds out that his girlfriend is dead from Abigail DiMera (Kate Mansi). He doesn’t handle the grief well and turns to taking pills in order to numb the pain. However, he turns into an addict and has one goal in mind. To make Kristen pay for killing Haley.

As fans recall from the convent scene, he nearly succeeded. Due to a helping hand, he avoids committing murder and ends up getting sober.

It is revealed that Kristen’s baby really didn’t die. Her child was switched with Sarah Horton’s (Linsey Godfrey) dead daughter. It was an act performed by Xander Cook (Paul Telfer) under Victor Kiriakis’ (John Aniston) orders. If Kristen never would have lost her child, she wouldn’t have killed Haley.

So, it seems that Victor’s scheme has caused agony, a woman’s mental collapse as well as the death of an innocent nurse. However, will he have to take responsibility for his role in all of that? Fans will have to keep watching the NBC soap opera to find out.

Be sure to tune in to catch up on everything happening with DOOL spoilers right now. Come back here often for Days of Our Lives spoilers, news, updates and rumors!