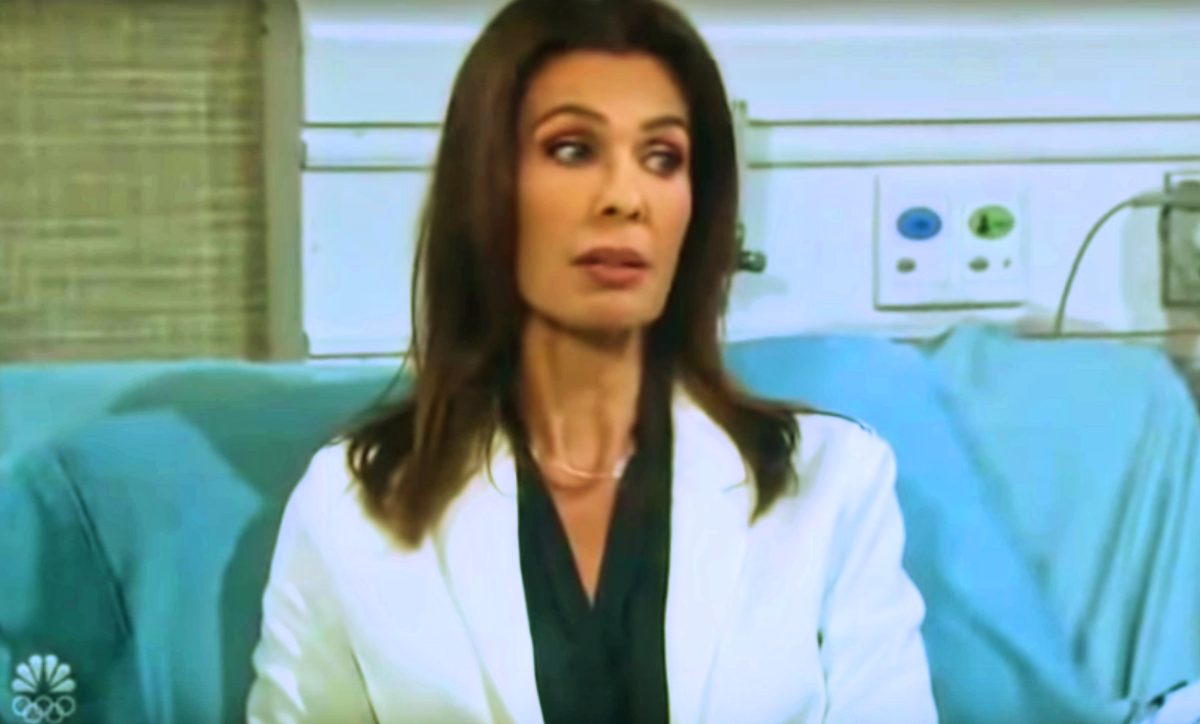 Days of Our Lives spoilers reveal Dr. Kayla Brady (Mary Beth Evans) prepares Princess Gina von Amberg/Hope Brady (Kristian Alfonso) for the brain-chip removal surgery. Even though it will bring the real Hope back, the position of the brain chip makes it a dangerous procedure. Once Hope is back to herself, though, could the guilt of Princess Gina’s actions be too much for her to bear?

DOOL spoilers reveal Kayla will take a huge risk by performing surgery on Princess Gina. The brain chip is located at the base of the brain and is also attached to the top of the spinal cord. So many things can go wrong when performing this surgery. However, Jennifer Horton (Melissa Reeves) tells Kayla that she has to try and bring the real Hope back, even if there is risk involved.

Days of Our Lives Spoilers: Nadia Bjorlin’s Return Just a Rumor? Set Source Says Chloe’s Not Back and There’s No Contract At This Time

The decision is made that Princess Gina must go through the surgery. It seems that Dr. Wilhelm Rolf (William Utay) might help. It is teased that Princess Gina begs the mad scientist one last time, but her efforts to remain in Hope’s body and mind fail.

With Dr. Rolf being apprehended, will he help Kayla perform the surgery on Princess Gina/Hope in order to save himself?

Days of Our Lives spoilers reveal the surgery is a success. The real Hope wakes up and is horrified to learn that she was transformed into Princess Gina. She will also learn about the horrible things that took place, like nearly killing Jennifer and putting her in a coma for an entire year.

Days of Our Lives Spoilers: Nicole Learns The Truth About The Baby Swap – Determined To Get Eric Back https://t.co/ZiQ4zjQXFc pic.twitter.com/P52uuDNrSb

Days of Our Lives Spoilers: Too Much Guilt?

There is also the fact that Princess Gina worked with Stefano DiMera (Stephen Nichols), who currently has Dr. Marlena Evans (Deidre Hall) and she kept trying to take John Black (Drake Hogestyn) for herself. Let’s not get started on all the other terrible deeds Princess Gina performed while Hope was brain-chipped.

Hope will ask Kayla to tell her more about the actions she committed while she was Princess Gina. Even though it will be hard to hear, Hope wants to know the truth. However, could she be unprepared to deal with the overwhelming guilt? It might prove to be too much for the character to deal with all at once. How can she make things right and will her relationships ever be the same? We will have to keep watching the NBC soap opera to see how this storyline develops.