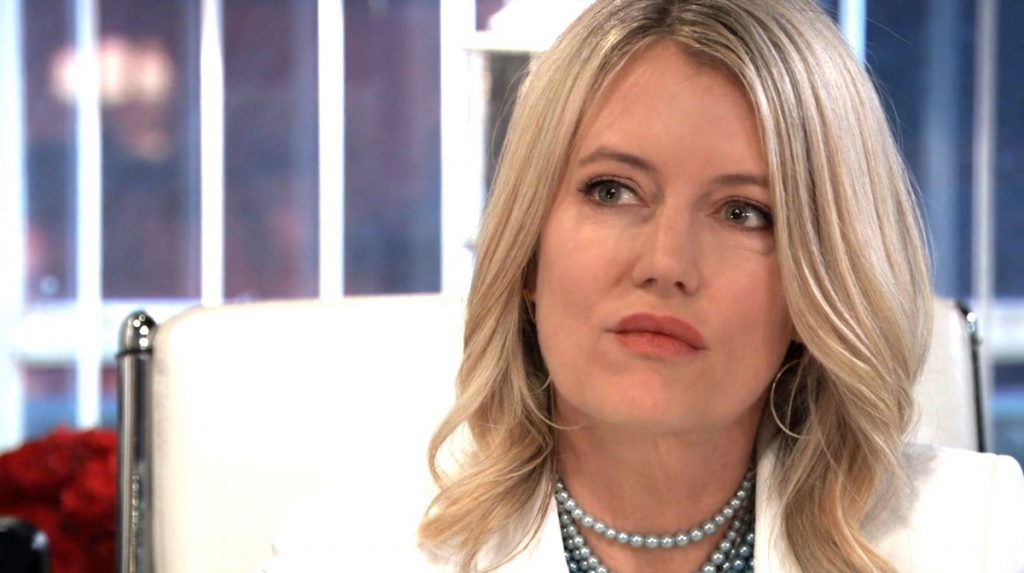 Viewers have been wondering how Nina Reeves’ (Cynthia Watros) daughter is on “General Hospital.” It’s been revealed that Nina’s mother, Madeline Reeves, gave Nina’s baby away when she was in a coma. Two decades have passed but the identity of the child has not yet been revealed. Now, fans are wondering which young woman in Port Charles, who’s in her mid 20’s, is Nina’s long lost daughter. Listed below is a list of characters who could possibly be Nina’s daughter.

Fans know that Valentine Cassadine (James Patrick Stuart) schemed to make Nina believe that Sasha Gilmore (Sofia Mattsson) is Nina’s daughter. He manipulated the DNA tests and Nina was extremely happy when she was told that she was her daughter. But the truth came out eventually and it left Nina feeling devastated. However, there is a chance that the soap is planning an additional twist that could make Sasha the real daughter of Nina.

Ava Jerome (Maura West) claimed that she is Kiki Jerome’s (Hayley Erin) mother. However, she was caught lying about Kiki’s father and that means there’s a possibility that Kiki is Nina’s child. Plus, there’s the fact that Kiki’s father is Dr. Silas Clay (Michael Easton), who is also the father of Nina’s daughter? Is this just coincidence?

Some fans have been speculating that Willow could be Nina’s daughter for a while now. Fans know that Willow is still struggling to cope with the news that her real son has died. Will you find out that Nina is her real mother help her move on from the death of her child?

Nelle Benson Archer (Chloe Lanier) is also part of the list of Nina’s possible long lost daughter. They seem to have some similarities, especially at the time when Nina just came out of her coma.

Amy Driscoll (Risa Dorken) is also the same age as Nina’s daughter. Could she be who Nina’s looking for? If yes, then Dorken will finally get to play a part in a major storyline.

Nurse Francesca Cavallo (Celesta DeAstis) has been onscreen for a few times only. She went on a date with Michael Corinthos (Chad Duell) and then shared scenes with Nelle. She returned to the small screen to reveal that she was also sexually harassed by Dr. Bensch. Could she be Nina’s long lost daughter?