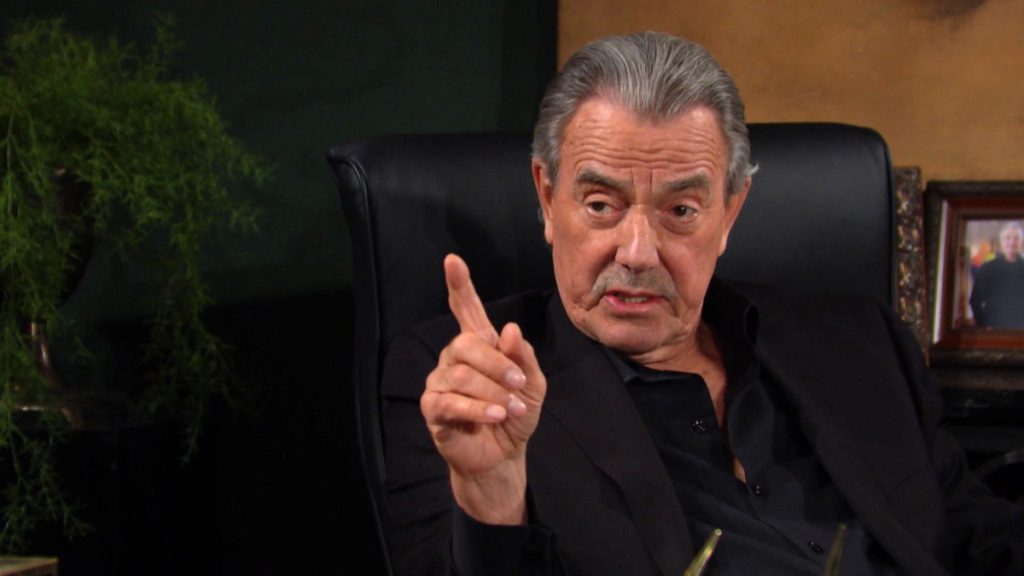 The Young and the Restless (Y&R) spoilers tease Jack Abbott (Peter Bergman) having a conversation with Theo Vanderway (Tyler Johnson) because of his recent actions.

Jack has been trying to reign in his new family member, Theo, from making the same mistakes as he did when he was younger. He will be trying to keep him on the straight and narrow path after finding out that he is starting a relationship with Lola Rosales (Sasha Calle).

The Young and The Restless Spoilers- Jack Worries for Theo

Jack has been giving out advice to his family member recently but has realized that the information he is giving keeps falling on deaf ears. This is true for the advice he gave to Theo as well. Jack has seen Theo’s interest in Lola and has been trying to warn him about what path he will be heading down if he continues to pine after her.

However, Theo cannot help himself and has decided to continue to pursue Lola even after hearing Jack’s advice. Because of this, Theo and Lola’s relationship has grown, and they may be looking at a future together very soon. Jack is far from done with Theo, though, and will continue to try and persuade Theo into seeing things his way.

The Young and the Restless Spoilers: Adam And Chelsea Target Victor – Revenge Plan In The Works https://t.co/gAiXbUTCfl pic.twitter.com/xcRniIiY2q

The Young and The Restless Spoilers- Jack steps in

Since Jack sees that Theo is following in the same steps as he once did, he will try to stop him from going down that path. It has not revealed how he will go about doing this, but it may have something to do with his relationship with Lola since Jack has already warned him against pursuing it. Could Jack try to stop the relationship between Theo and Lola from developing into something more from fear that Theo may hurt Lola in the end? As Jack may think that Theo is entering a relationship with her for his own personal gain, which could include messing with Kyle, who has taken note of the relationship budding between the two.

What do you think? Will Jack try to stop the relationship between Lola and Theo, or will this have to do with something else entirely? Do you think that Jack should intervene in Theo’s life, or should he let Theo make his own mistakes? We’ll give you updates as Y&R news comes in. Stick with the CBS soap, and don’t forget to check SOS often for the latest Young and the Restless spoilers, updates, and news.