Days of Our Lives Spoilers: Princess Gina Gets Passionate With John While Stefano Makes His Move On Marlena 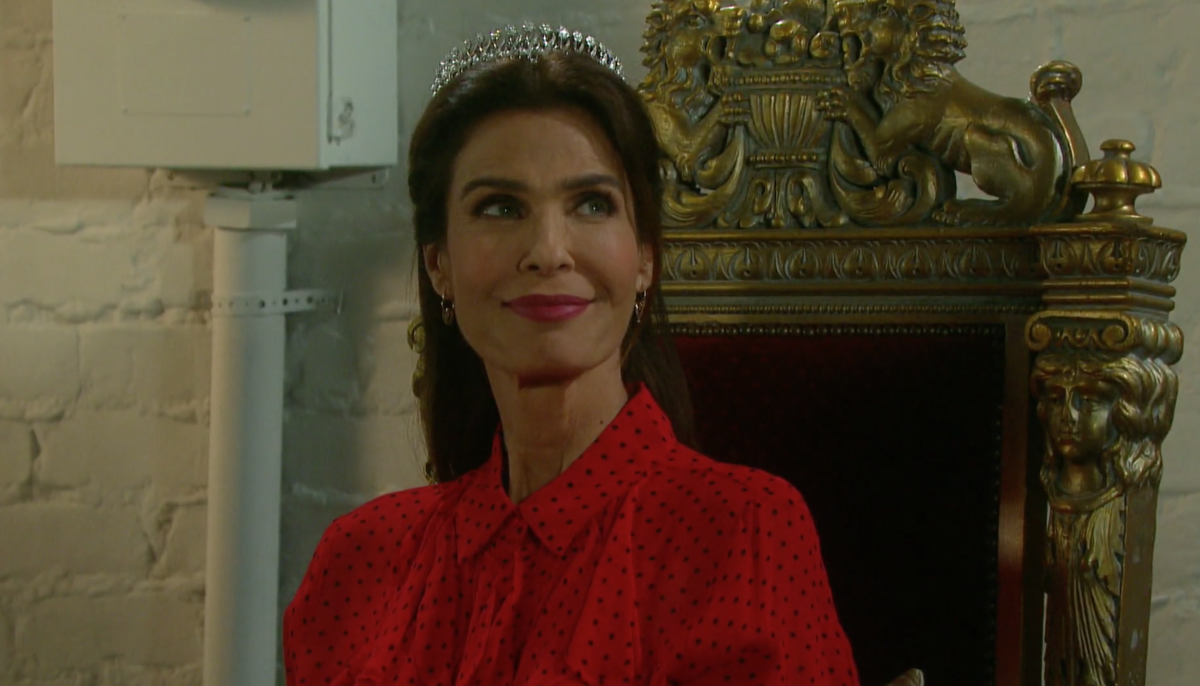 DOOL spoilers indicate Princess Gina is finally going to get what she has wanted ever since her “rebirth” into Hope Brady’s body. After John is emotionally beaten down by the lie that Marlena is dead, he gives Gina what she wants. The two end up sharing a passionate smooch. However, is John really a willing participant in the kiss or is this due to Gina drugging the man?

DOOL Spoilers: Queen Of the Night

Marlena has been fed the same lie as John, that her loved one is dead. A sneak peek photo in the latest issue of Soap Opera Digest shows Steve-ano grabbing Marlena and roughly kissing her. It doesn’t appear that she shares the feelings though. Even though her arm is on his jacket, you can tell by the death grip that she is trying to push him away.

Days of Our Lives spoilers reveal Eric will feel betrayed by the woman he loves all over again. However, he doesn’t realize that Brady Black (Eric Martsolf) and Nicole Walker (Arianne Zucker) are only pretending to be together to thwart Kristen DiMera (Stacy Haiduk).

Feeling hurt and needing comfort, he kisses Sarah and the two nearly make love. However, it isn’t him that stops it, but the good doctor. Unfortunately, the two are caught by Xander Cook (Paul Telfer) while they are still half-dressed.

It is teased that the fourth couple to share a kiss are none other than Brady and Kristen. They end up bonding over the death of their baby. As fans recall, Brady was taking Kristen to their child’s gravesite so she could say a proper goodbye. It is through this action that causes the two to come back together. But will they rekindle their former relationship or is this a mistake?