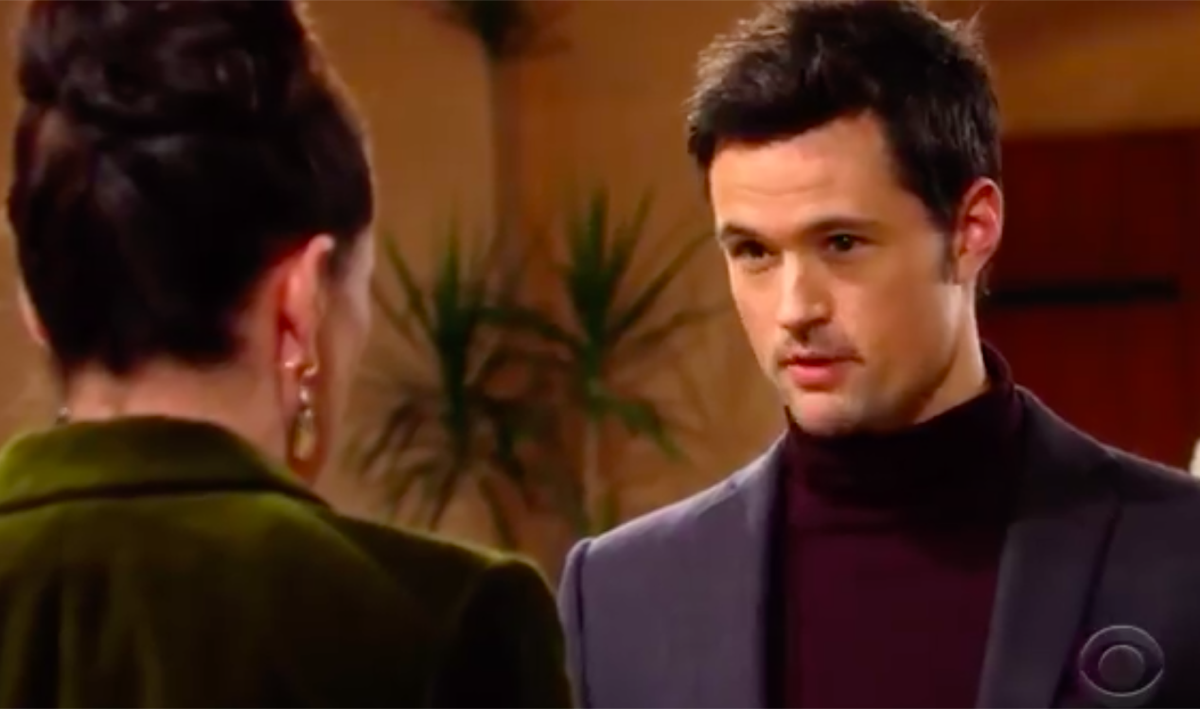 The Bold and the Beautiful spoilers for Tuesday, February 4, tease that the action’s really heating up on the CBS soap. But before we get to that, we have a brief programming note. B&B was preempted on Monday, February 3rd due to the impeachment trial, so Monday’s episode will push to Tuesday. But we’ve got all the details about what you can expect to see on Tuesday right here.

B&B Spoilers:Quinn Forrester’s Gone Past The Point Of No Return With Brooke Forrester

First off, Quinn Forrester (Rena Sofer) will watch with keen interest as Brooke Forrester (Katherine Kelly Lang) waves around her orange juice bottle as she’s talking. As B&B viewers know, Quinn and Brooke are in the midst of an epic argument. Quinn has warned Brooke not to mess with her, and Brooke has been calling Quinn names and saying that she had no place in the Forrester family.

During their argument, Quinn got the idea to pour vodka into Brooke’s drink, and when Brooke’s back was turned for a moment, Quinn seized the moment and spiked Brooke’s juice. Now Quinn is wondering what’s going to happen when Brooke takes a drink from the bottle. Quinn knows good and well that Brooke has a history of alcohol abuse, and that Brooke is particularly vulnerable right now, given all the stress that she’s under.

Bold And The Beautiful Spoilers: Liam Spencer Offers Some Support To Wyatt Spencer

Meanwhile, on Tuesday’s new episode of B&B, Wyatt Spencer (Darin Brooks) will open up to his brother Liam Spencer (Scott Clifton). As B&B viewers know, Wyatt has been feeling terrible lately about the situation he’s in with his former fiancé Sally Spectra (Courtney Hope). Wyatt attempted to break up with Sally, but Sally had a very stressed-out reaction and basically refused the breakup.

Wyatt can tell that there’s something very wrong with Sally, but he just doesn’t know what’s going on, and Sally refuses to talk with him about it. Of course, B&B viewers know that Sally is struggling with some very serious health issues, and that she’s in the process of trying to get some medical answers to what’s going on.

At any rate, Wyatt will update Liam on what’s going on, and how he wants to renew his relationship with Flo Fulton (Katrina Bowden). Liam will probably offer some advice, since he knows all about what it’s like to break one woman’s heart to go be with another. He’s definitely been down that road with Hope Logan (Annika Noelle) and Steffy Forrester (Jacqueline MacInnes Wood).

The Bold and the Beautiful Spoilers: Thomas and Quinn Form New Alliance – Do They Have Enough Strength To Take Down Brooke? https://t.co/nSqzCOC5hj pic.twitter.com/Vi8ilLp2UC

B&B Spoilers: Sally Spectra Braces Herself For News About Her Health

Finally, on Tuesday’s new episode of B&B, Sally will wait at the hospital for her test results. As B&B viewers know, she encountered Katie Logan (Heather Tom) there, and Katie has offered her some support. Sally finally admitted to Katie that she feared that something was really wrong with her, and so it looks like Katie will wait with Sally and offer her friendship and words of comfort.

As it turns out, Sally is really going to need someone to be there with her, as ongoing B&B spoilers say that she’ll soon get some terrible news from the doctor. The Bold and the Beautiful spoilers say that Sally’s diagnosis will be devastating and a lot to process, so she’ll need someone there to help her through it. Going forward, Sally will want to hide her diagnosis from Wyatt, most likely because she doesn’t want his pity, so it sounds like it will be very serious.

Days of Our Lives Spoilers: Princess Gina Gets Passionate With John While Stefano Makes His Move On Marlena

General Hospital Spoilers: Dev’s Cover Story In Jeopardy – Will Brando Go Along With The Scam?