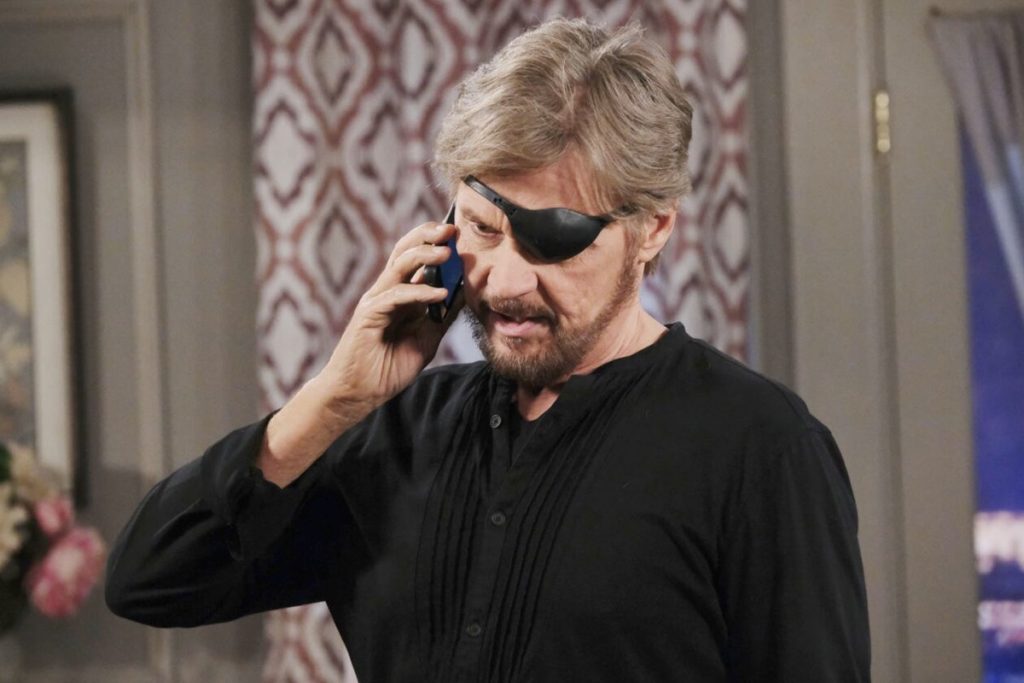 DOOL Spoilers: Believing Nicole Walker Is With Brady Black, Eric Brady Turns To Someone Else For Comfort

Believing that Nicole Walker (Arianne Zucker) is with Brady Black, (Eric Martsolf), Eric Brady (Greg Vaughan) turns to someone else for comfort; Sarah Horton (Linsey Godfrey)! It seems like Eric is possibly a worse love and acceptance addict than Brady has ever been, because he goes back and forth between women on the drop of a dime!

If Sarah is wise she will see this has nothing to do with him wanting to get back with her, but rather she is just a convenient comfort for him, and they do share a child together – as far as they know! Sarah may just chock it up to their stressful situation over baby Mackenzie “Mickey” Horton (the May twins) and they both can use a little comfort over that devastating situation!

Meanwhile, baby Mickey is still in need of a bone marrow transplant as a last-ditch effort to save her life and effect a cure for the neuroblastoma she suffers from. Brady is thrown by Xander Kiriakis’ (Paul Telfer) urgent request to have himself tested as a donor match for Mickey!

Xander may explain to him that neither Sarah nor Eric is a match, he’s not a match, and they are just reaching out to anyone who hasn’t been tested and would be a viable donor to be tested because they are desperate to save the baby. Brady likely doesn’t understand if he is not a relative how he could be a match.

“Steve Johnson” aka Stefano DiMera (Stephen Nichols), after luring John Black (Drake Hogestyn) to “Stefano’s hideout” where he says he has a lead on Stefano, and finding Dr. Wilhelm Rolf (William Utay) there, who shoots “Steve”, gets back up and knocks John out and hangs him from the ceiling of what appears to be a warehouse by his wrists.

In the meantime, Princess Gina Von Amberg aka “Hope Brady” (Kristian Alfonso) has already captured Marlena Evans (Deidre Hall) and is holding her captive in the lair. Stefano, as Steve, unties Marlena and breaks the news to her that Stefano killed John! Marlena is devastated, of course not having any idea that John is in another location hung by his wrists and Gina is telling him at the same time that Marlena is dead!

Meanwhile, Chad and Abigail DiMera (Billy Flynn, Kate Mansi) make a startling discovery elsewhere; the portrait of Stefano as Steve Johnson! Days of Our Lives viewers will recall that this was the new portrait of Stefano, in the same pose as the original one, that Princess Gina painted of Steve as Stefano.

Chad and Abigail won’t know what to make of this, because they obviously recognize the pose and that Steve is supposed to recognize Stefano in the portrait. Perhaps Abby may think that she is not the only one who has had dissociative identity disorder and offer that up as a theory to Chad!

Days Of Our Lives (DOOL) Spoilers Tuesday, May 11: Nicole Gets Devastating News…