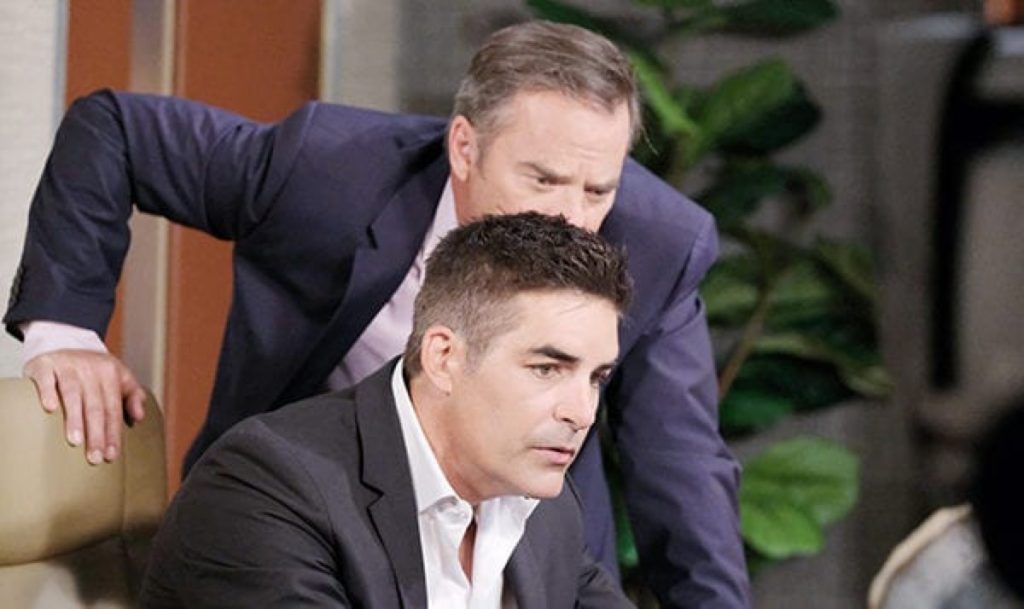 Days of Our Live spoilers for Wednesday, February 19 tease another exciting day of drama for Days of Our Lives fans with suspense, confrontations, and mysteries!

At Brady’s Pub, Hattie Adams (Deidre Hall) and Roman Brady (Josh Taylor) share a sweet moment and perhaps reminisce about how Roman saved her life when she was depressed and tried to jump off a bridge. Hattie’s always had a thing for Roman ever since, and once upon a time, many years ago, her lookalike Dr. Marlena Evans (Deidre Hall) was married and had children so maybe, just maybe —-! Sometimes it takes many years for a subconscious spark to ignite inside someone’s heart!

Days of Our Lives Spoilers for Wednesday, February 19: Kayla Shocked By “Steve’s” Admission – John And Marlena Have A Romantic Day – Rafe And Justin Try To Track Down Kayla

Meanwhile, still basically held hostage in a garden shed where “Steve Johnson” aka Stefano DiMera (Stephen Nichols) is hiding out and Dr. Kayla Brady (Mary Beth Evans) is watching him recover, Kayla is shocked when Steve becomes enraged and shouts that he is Stefano DiMera!

He will continue to try to convince her that he is Stefano and then it will start to make sense to her – no wonder Steve has been such a jerk to her, he hasn’t really been Steve! She tries to get through to the real Steve that has to be hiding somewhere beneath the Stefano persona, but she’s unsuccessful and frustrated.

John Black (Drake Hogestyn) and Marlena have a romantic Valentine’s Day all to themselves in their condo. Strawberries, whipped cream, and lilacs are sure to be seen as “Hope Brady” aka Princess Gina Von Amberg (Kristian Alfonso) is sure not to be seen!

Stefano is otherwise occupied as well, so the couple will finally have some peace and the homecoming for Marlena that John had planned from her studies in Germany that has been delayed for so many months! Now they hope that none of their grown children or grandchildren decides to drop in for a visit or has an emergency!

Days of Our Lives Spoilers: Marlena And John Have A Romantic Valentine’s Day https://t.co/8IjrJKfXQP pic.twitter.com/7IuoIx9UKc

Detective Rafe Hernandez (Galen Gering) and Justin Kiriakis (Wally Kurth) try to track down Kayla as she has been missing for several days now and her cell phone has been shut off – probably by Stefano! They talk among each other as to where she might have gone, and Rafe tells Justin that “Steve” is Stefano, since he could have fooled Kayla into going somewhere with him!

If this scene is according to real-life police procedure, Justin will file a missing persons report while Rafe tries to get a subpoena for Kayla’s cell phone records so they can try to see where the phone was last used, and he will also want to look at any security footage from the security cameras at Salem University Hospital.