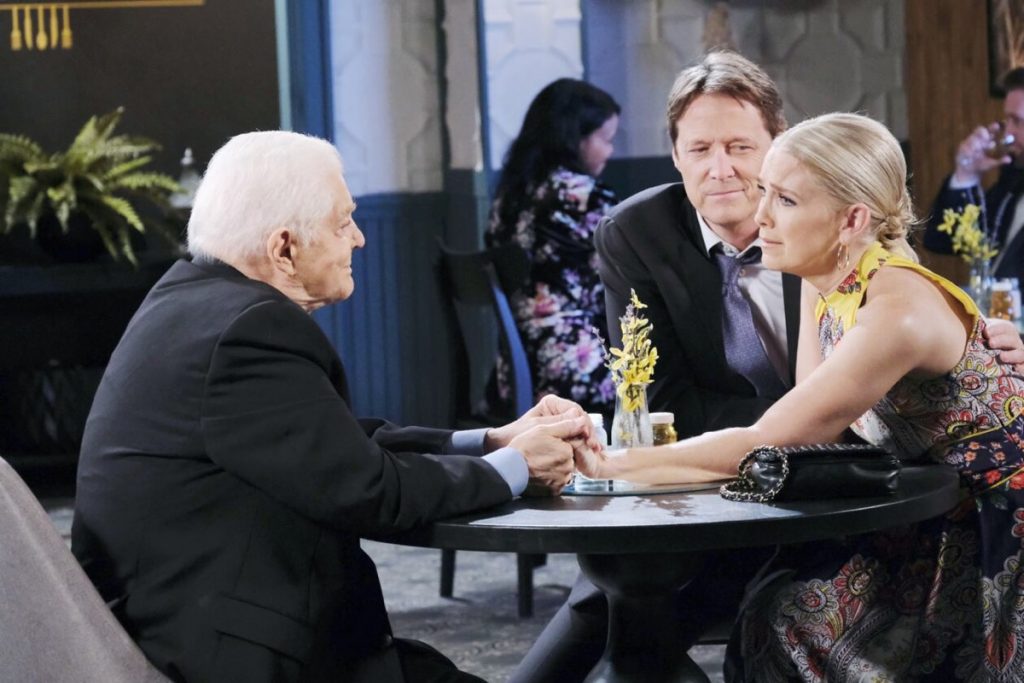 Days of Our Lives spoilers tease that Salem is once again going to be in mourning. That’s because Jennifer Horton (Melissa Reeves) is going to receive the heartbreaking news that her father Bill Horton has died. Along with her children, Melissa plans to leave for his funeral in Africa while the rest of Salem remember him and all of the ups and downs he had from the past 50 years. Here’s what you need to know.

Speaking to Soap Opera Digest in a new interview, actor Bill Hayes, who portrays Doug Williams on the hit NBC soap, admits that his character has been left quite sad over the recent turn of events. He tells Soap Opera Digest in a new interview, “He remembers vividly meeting Bill Horton in prison and then continuing the relationship when they were both out of prison and back in Salem.

So, does this mean that Days of Our Lives fans are going to be seeing some flashbacks of Bill’s life? Possibly so. Hayes continued, “When we do out taping, we do not have the privilege of seeing what that final product is, but that’s what was indicated in the script. I hope they use that. I can remember that first day very well, when Bill and Doug met. Brent Douglas was Doug’s name then.”

Days of Our Lives Spoilers: What’s Next For The Horton Family?

Either way, Hayes further explains that he thoroughly enjoyed playing a key role in Bill’s last good-bye. He says that the episode is going to be a very moving one that fans will remember for quite some time to come. Of course, fans will have to tune in each and every day for all of the continued drama on Days of Our Lives. Check your local listings for times.

In the meantime, come back right here for all the latest news and updates on The Young and the Restless, The Bold and the Beautiful, General Hospital, and Days of Our Lives.