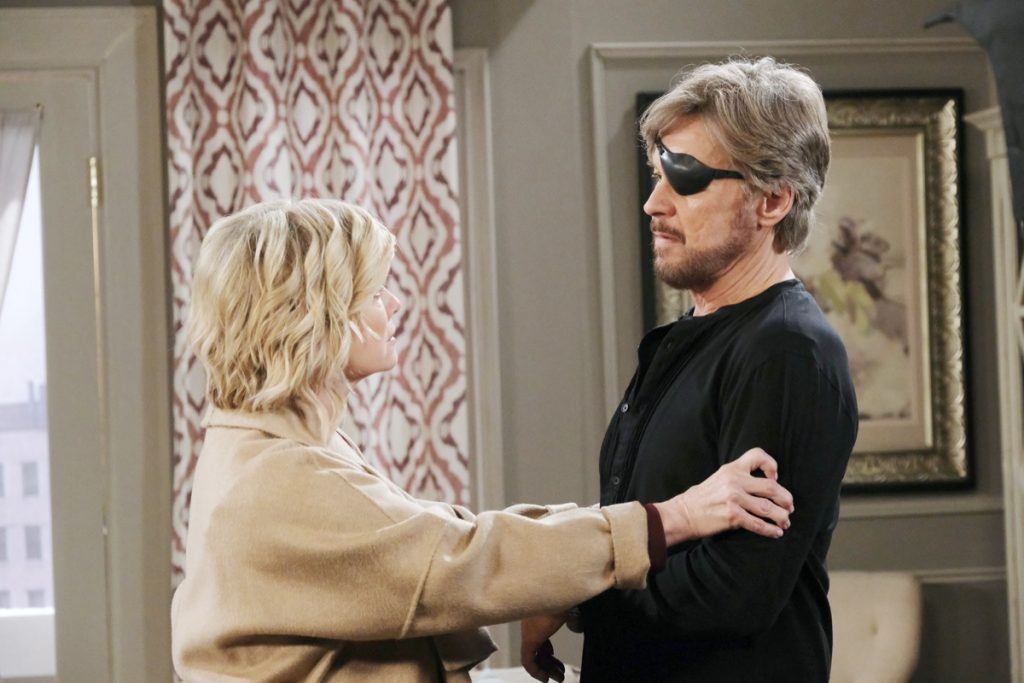 Days of Our Lives (DOOL) spoilers tease that it’s only a matter of time before Steve Johnson (Stephen Nichols) is back in control of his faculties. But does that mean Steve and his true love, Kayla Brady (Mary Beth Evans) will reunite sooner rather than later? There isn’t an easy answer here. Kayla has moved on with Justin Kiriakis, and the two of them have been very happy together.

DOOL Spoilers: Steve Johnson Has Been Gone A Long Time

Steve and Kayla were having issues long before he was brainwashed. Steve stayed away for a long time after Kayla secretly worked with Stefan DiMera (then played by Tyler Christopher) to restore Steve’s blindness with a bionic eye that Stefan provided.

The problem came to a head when someone used Steve’s eye and his ISA clearance to obtain classified information. Steve was arrested for treason but eventually cleared. But Steve didn’t return to Salem after than, seeking instead to find out who was behind the plot.

Steve was finally on his way home and back to Kayla when intercepted by Dr. Wilhelm Rolf (William Utay) and brainwashed into believing he was Stefano DiMera (the late Joseph Mascolo). In the meantime, thinking that Steve had abandoned her, Kayla entered into a relationship with Justin Kiriakis (Wally Kurth), who had recently lost his wife Adrienne Kiriakis (Judi Evans) in a horrific car accident. Kayla had no idea about the brainwashing, but when she found out, she seemed resolved to stay with Justin.

Days Of Our Lives Spoilers: Have "Stefano" and Orpheus Been Working Together All Along?https://t.co/sNnaHeCNRA

Days Of Our Lives Spoilers: Justin Kiriakis And Kayla Brady Are Happy

Justin and Kayla are very happy. It’s a different kind of relationship than she had with Steve, but Kayla was there for Justin and vice-versa when they needed each other the most. Kayla still feels a pull to Steve, but hurting Justin like that so soon after losing Adrienne the way he did, may not be something that Kayla is willing to do. But in the long run, the heart wants what the heart wants, so Steve and Kayla will probably reunite sooner or later.

Will Steve and Kayla be able to resist the pull they have toward each other? Or will Kayla remain with Justin. Romantic complications abound, so stay tuned to Days of Our Lives airing weekdays on NBC. And don’t forget to check back here regularly for all your Days of Our Lives news, information and spoilers!