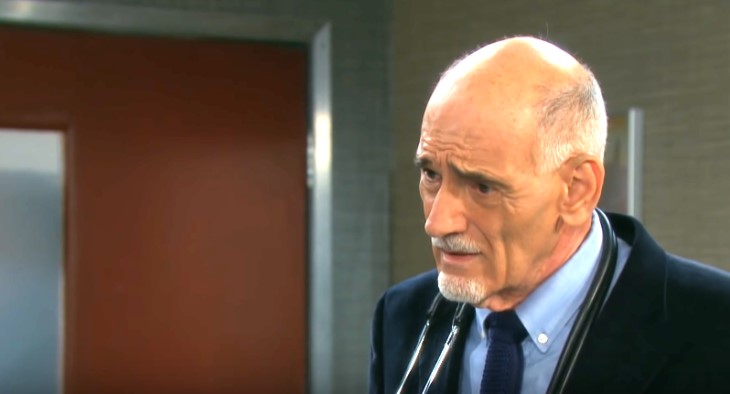 Days of Our Lives (DOOL) spoilers indicate that Stefan O DiMera (Brandon Barash), or someone who looks like him, is about to reappear in Salem. That brings up the question if it is actually Stefan, how did he survive. And where has he been all this time? It’s possible that this is a brand new addition to Salem, but it seems more likely this is actually Stefan. 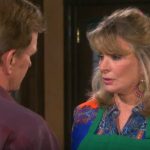 As viewers recall, Stefan was shot by Lani Price (Sal Stowers) who was aiming for mother Vivian Alamaine (then played by Robin Strasser). Lani was trying to apprehend Vivian but she was resisting arrest. Stefan jumped in front of the bullet and saved his mother. He was taken to University Hospital where he was eventually declared brain dead. Vivian had begged Dr. Wilhelm Rolf to contact Stefano DiMera (the late Joe Mascolo) to help her escape. While it didn’t seem as though this happened, perhaps it actually did. It’s quite possible Vivian is somewhere the authorities can’t reach her, thanks to Stefano.

Stefan’s wife, Gabi Hernandez (Camilla Banus) to his “back-from-the-dead” drug to save Stefan. Rolf told Gabi that it wasn’t possible because there was no spark of life left in Stefan. But was that the truth? It’s unclear if the real Stefano was still alive then, or if Steve Johnson (Stephen Nichols) had already been conditioned to believe that he is Stefano. But either way, perhaps under Stefano’s order, Dr. Rolf did take action? Rolf rarely does anything that isn’t at the request of Stefano.

Days Of Our Lives Spoilers: Eric Sues For Sole Custody Of Mickey To Keep Xander Away? #DOOL #DaysOfOurLives #Dayshttps://t.co/HRiywXiOmC

Days of Our Lives Spoilers – The secret save?

Perhaps Dr. Rolf was ordered to save Stefan in secret. Stefano hates Gabi, so this would be the perfect opportunity to separate Stefan from his bride. One side effect of Rolf’s serum is amnesia, so its quite possible that Stefan is alive somewhere, perhaps with Vivian caring for him. He would have no memory of his life in Salem, including both his relationships with either Abigail DiMera (Kate Mansi) or Gabi. This way Stefano could save his son and get him away from Gabi all at once.

Is Stefan alive? Or is a lookalike coming to Salem? How does Vivian fit in with this? Only time will tell, so stay tuned to Days of Our Lives airing weekdays on NBC. And don’t forget to check back here regularly for all your Days of Our Lives news, information, and spoilers!