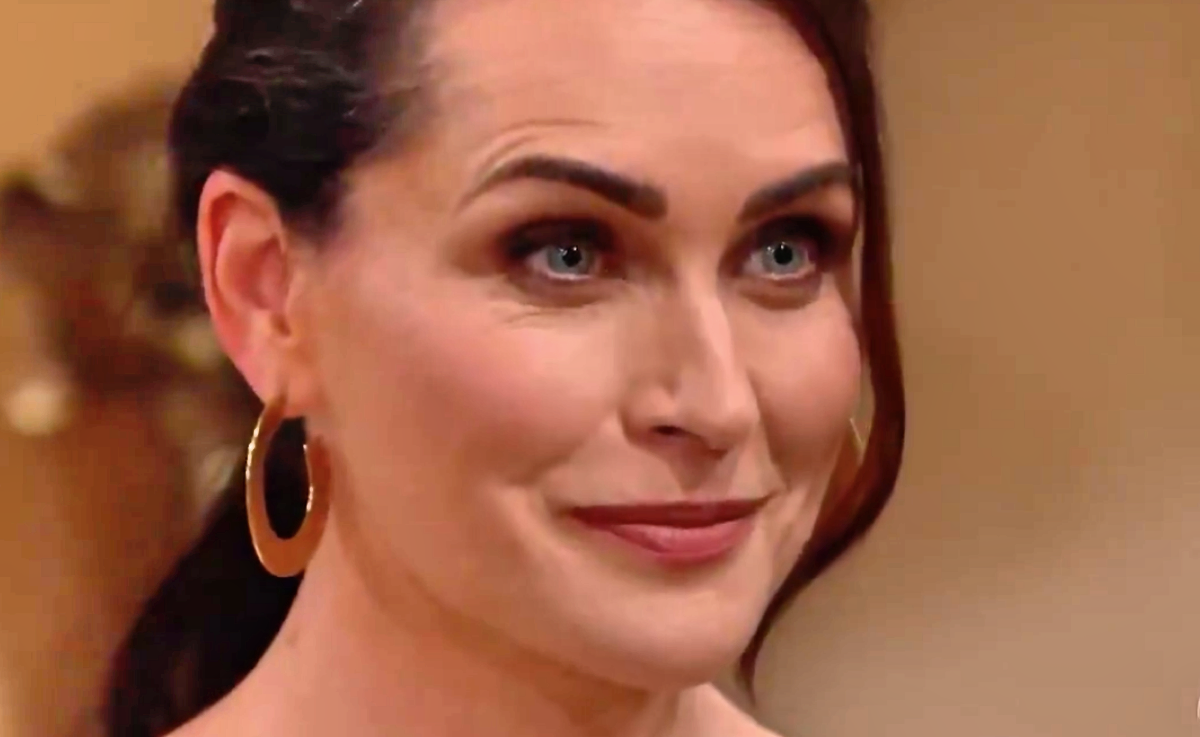 The Bold and the Beautiful spoilers reveal Quinn Forrester (Rena Sofer) admits to being the mastermind behind Brooke Logan Forrester’s (Katherine Kelly Lang) undoing. While some characters already figured out the brunette’s plan, it will be a surprise to Eric Forrester (John McCook). He has forgiven a lot when it comes to her feud with Brooke, but could this be too much for their marriage to handle?

B&B spoilers reveal Quinn’s plan to take down Brooke actually works, at least for the time being. Brooke’s relationship with Ridge Forrester (Thorsten Kaye) has always been a rollercoaster. They have split up many times before, only to find their way back into each other’s arms. Fans are speculating that this will happen once again.

In the meantime, Quinn has seemingly won. Exposing Brooke and Bill Spencer’s (Don Diamont) kiss will shatter “Bridge,” as well as another couple: Bill and Katie Logan (Heather Tom).

It is teased that Katie will be understandably furious with both her sister and the man she loved. She will be angry that she was betrayed by the two people that she trusted in this world. However, this isn’t the first time that Bill has strayed. Even though he begs her for another chance, does he really deserve one? Plus, how will Katie and Brooke’s sisterly relationship change after this?

The Bold and the Beautiful spoilers reveal that Quinn will admit to being the mastermind behind Brooke’s destroyed relationship. Some party guests will already realize this. Brooke knew about it, for one. Donna Logan (Jennifer Gareis) also realized it. The two Logan sisters tried to stop the “Brill” reveal from happening, but they were unsuccessful.

Bold and the Beautiful Spoilers: Bill Begs Katie For Another Chance – Will She Forgive Him?https://t.co/VbvxgpXKIS

The Bold and the Beautiful Spoilers: Eric Forrester Reacts

It is suggested that Eric won’t react very well to Quinn’s confession. As fans know, he has a soft spot for Brooke. This was evident when she burst into his home and started making demands. He complied with one, to kick out Shauna Fulton (Denise Richards). However, he didn’t dump Quinn like Brooke ordered him to, but didn’t exactly defend his marriage either.

Quinn’s scheme might not have only destroyed Brooke’s marriage, but might be ruining her own as well. We will have to wait and see how Eric reacts, but chances are that this might be the last straw for him as he tries to do damage control.