Days of Our Lives Spoilers: Stefano and Marlena’s Marriage Stuns Tony and Kristen – Can This Wedding Be Stopped? 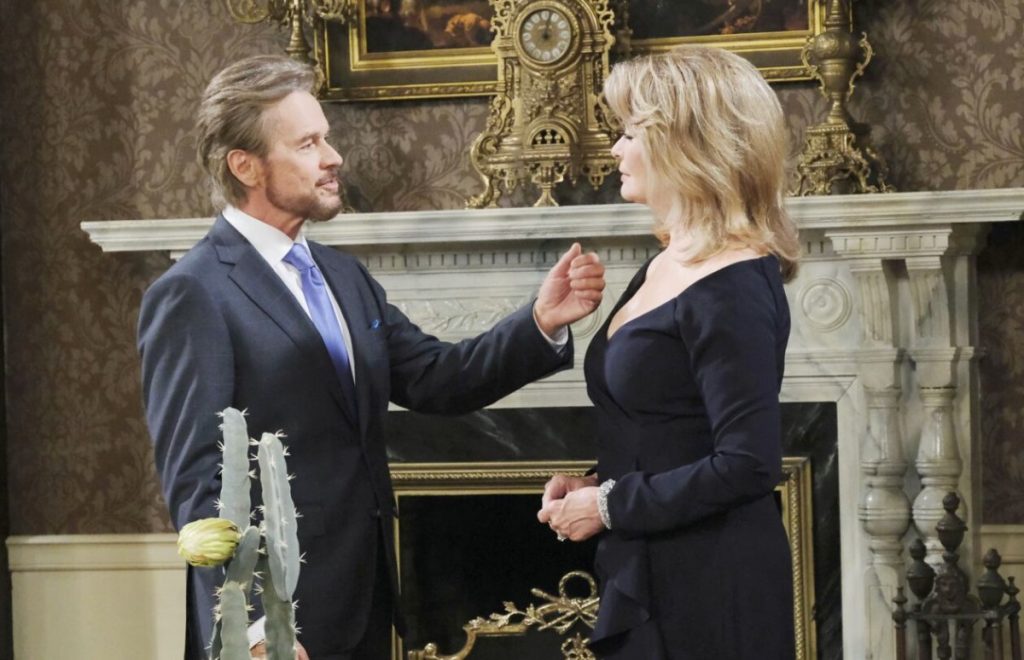 Days of Our Lives spoilers reveal Stefano DiMera (Stephen Nichols) stuns his children with a wedding announcement. He tells Kristen DiMera (Stacy Haiduk) and Tony DiMera (Thaao Penghlis) that he is marrying that night.

They have a real dilemma on their hands. They have a sense of loyalty to their father but have their own reasons for saving “Doc.

DOOL spoilers reveal Stefano plans on marrying his Queen of the Night immediately. He isn’t taking any chances of anything going wrong. He is reconnecting with Marlena, who now has a brain chip in her head along with practically half of Salem. It makes her more open to the villain’s charms, but she isn’t completely transformed yet. It’s making Stefano nervous and he wants to seal the deal.

When Tony hears the news, he will be shocked. He and Marlena are friends, so he knows exactly how much she despises Stefano. There is no way she would marry him willingly. Even though Tony will want to help “Doc,” how can he do so without endangering her life?

Days of Our Lives Spoilers – Kristen DiMera’s Chance For Redemption

Days of Our Lives spoilers reveal Kristen will feel conflicted. She is loyal to her father, but she loves Brady Black (Eric Martsolf) more. He would never forgive her if she allowed the wedding to happen. Plus, this is her chance to be redeemed and be forgiven by John Black (Drake Hogestyn) and Marlena. It would also make Brady forever grateful.

About a month ago, Martsolf told Soap Opera Digest that head writer Ron Carlivati loves redemption stories. Fans thought it would be impossible, but it seems that there actually might be a way for Kristen to be forgiven.

Days of Our Lives Spoilers: Stacy Haiduk Reveals Kristen Desperate To Hold Another Baby – Could It Make Her Realize Mickey's Her Child? #DOOL #Days #DaysOfOurLives https://t.co/YlsKjPrAJA

It is teased that Tony and Kristen won’t be the only ones trying to help Marlena. John asks Hope Brady (Kristian Alfonso) for help finding the kidnapped psychiatrist. Even though she is no longer Princess Gina von Amberg, she could retain some of her knowledge and memories. She could figure out exactly where Stefano and Marlena are, and help save her before it’s too late.

What do you think is going to happen when Stefano announces he is marrying Marlena? Will Tony and Kristen go against their father to save “Doc?” Can Hope help John find his true love and if so, how will they make sure “Steve-ano” can’t hurt anyone else?

The Bold and The Beautiful Spoilers: Zoe Packs Up and Leaves Town Or Is She A Future Carter Love Interest