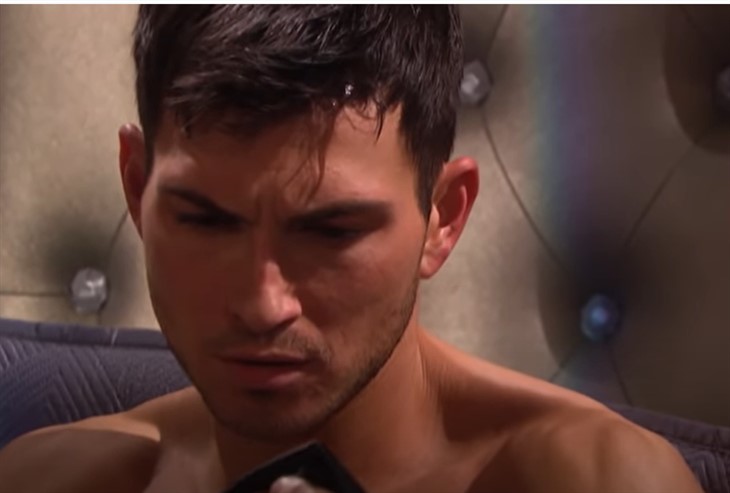 NBC Days of Our Lives spoilers reveal that after Ben Weston (Robert Scott Wilson) is saved and back home with his new bride, the nightmare won’t be over. He will have terrifying visions and killer dreams about Ciara Brady (Victoria Konefal). He is deeply troubled by them but tries to hide the truth from the love of his life. Could she actually be in real danger?

DOOL spoilers reveal that Eve Donovan’s (Kassie DePaiva) is torturing Ben with the help of Dr. Wilhem Rolf’s (William Utay) protege, Vincent (Michael Teh). They are using computerized images, sounds, props like Ciara’s wedding dress and image, plus electrodes. In addition to that, Ben has been drugged in order to have him hallucinate and be able to more easily condition his mind to behave a certain way.

After Ben is saved and returns to Salem with Ciara, the horrifying storyline will continue. The brainwashing works and Ben begins having recurring nightmares of reverting back to being the Necktie Killer. He will dream of strangling Ciara and there could also be other potential victims.

Eve doesn’t care that Ciara is innocent and she is going to have a young bride murdered to avenge Paige Larson’s (True O’Brien) death. She just wants Ben to suffer and any murders are simply collateral damage or will serve “a bigger purpose.”

Days of Our Lives spoilers suggest that it just won’t be when Ben’s sleeping that he will think of strangling people. It could eventually plague his waking moments, too. The person that he loves the most could be in danger. Unfortunately, he is terrified of actually harming Ciara. However, he won’t admit the truth to her, either.

There is a theory that in order to protect Ciara from himself, Ben might intentionally break her heart. She will never leave him unless he somehow betrays her. Could he fake having an affair in order to save her from his murderous thoughts? It is possible and Ben is the type of man that would rather Ciara hate him forever than to die by his hands.

Days of Our Lives (DOOL) Spoilers: Allie's Emotional Visit With Her Son – Keeps Baby After All?https://t.co/PgMYCpAYzW

What do you think is going to happen with Ben and Ciara? Will he fake a betrayal to send her away in order to save her life? Or will this be resolved in another way? To find out, we will just have to keep watching the NBC soap opera.