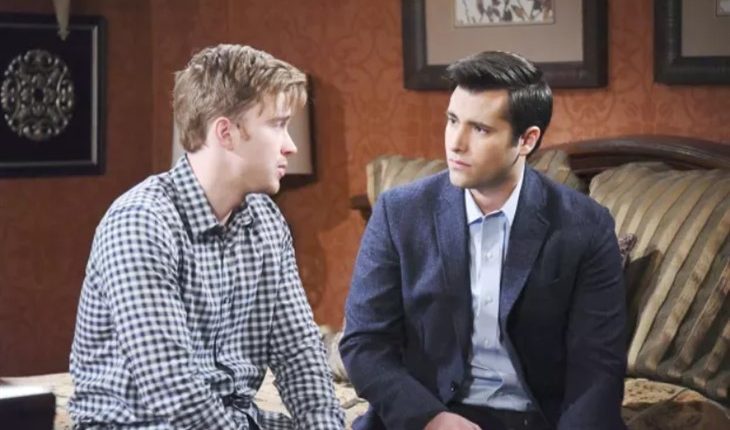 NBC Days of Our Lives spoilers reveal that “Wilson” was looking forward to expanding their family and raising Allie Horton’s (Lindsay Arnold) baby. However, they will end up losing him before they get the little boy. Allie finds out that Will Horton (Chandler Massey) helped Sami Brady (Alison Sweeney) keep her scheme a secret. That will end up costing them the adoption.

DOOL spoilers previously teased that Sami would beg Rafe Hernandez (Galen Gering) to keep her secret. We now know that the secret was her begging Rafe to tell Allie he would not adopt her baby. He ended up complying with Sami’s demand but insisted that he was going to turn her down anyway.

Then, Sami decided to involve her son, Will, in the scheme. Sami told him what she did and Will was not happy about being roped into it. While Will knows, Sonny Kiriakis (Freddie Smith) does not. This could spell trouble for the couple when the truth comes out. However, that’s the only trouble it will create, according to Lindsay Arnold’s interview with Soap Opera Digest.

Days of Our Lives spoilers reveal that Nicole Walker (Arianne Zucker) interrogated Rafe about why he didn’t want to adopt Allie’s baby. She realized that Sami was getting involved despite Allie telling her not to. So, Nicole ran to Allie to tell her about Sami’s scheme. Next, she will tell Will and Sonny about it, which just adds to the drama.

In the latest issue of Soap Opera Digest, the actress talked about the storyline. She confirmed that Allie feels betrayed and doesn’t know what to do now. Arnold explained that after confronting Rafe, she tells Will and Sonny that she’s not giving the baby to them. She also exposes Will’s role in Sami’s scheme.

“Allie feels really betrayed by everyone in her life. Will probably hurts the most, because the two of them are very close. Will went against Allie and helped Sami with controlling her decision-making process and life. She’s angry and upset and more lost than she’s been this entire time.”

Days Of Our Lives Spoilers And Recap Monday, August 3 – Chloe Offers Her Help, Sonny Is Furious With Samihttps://t.co/dE5ZBdB0dG

So, will Allie change her mind and eventually allow “Wilson” to adopt her baby? Will she find another adoptive family? Or will she end up keeping the baby after Nicole urges her to see her son?