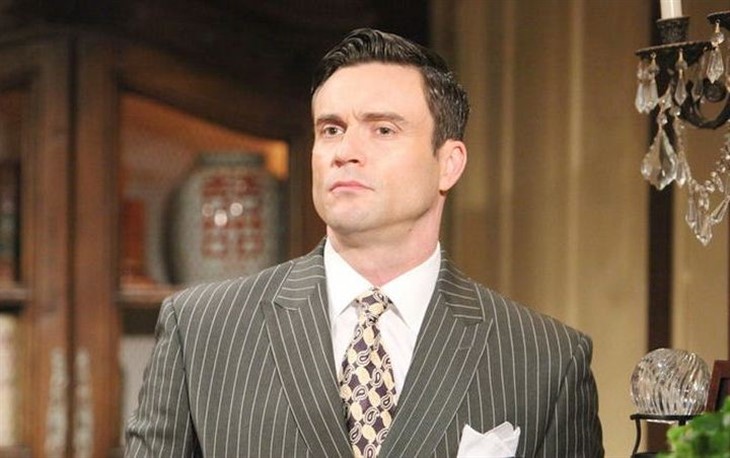 CBS The Young and the Restless spoilers reveal that Daniel Goddard (ex-Cane Ashby) is speaking out about what it was like for him when he departed the CBS show. Frankly, it wasn’t very pretty for him according to the actor who is a newly minted American citizen.

The four talked about Y&R which was to be expected and along the way Goddard shared how he reacted to his Y&R exit.

When Morgan asked Goddard how he was doing he responded, “I went through a place of severe sort of like feelings of rejection,” Goddard said. “We lost Kristoff St. John (Neil Winters) last year, which was really hard, and then I lost my job.”

“What’s really interesting is I kind of realized what was important,” he says, “and I reprioritized my life. I’m now probably the happiest I’ve been in a very long time, which is great.”

The conversation continued on a philosophical note with Morgan saying, “For me, it took a few years to get that. I feel like I have that now,” she reflected. “It’s an understanding that happiness doesn’t come from anything else. It really comes from within. And when you discover that, it doesn’t matter where you are, what’s happening, or how much money you make.”

Goddard concurred noting, “What I’ve learned is that you have winters, and in winters, things need to slow down and rest,” he mused.

Now Goddard has Bildbord to keep him busy, a social-media app he and James have work on together for two years. It has launched and in particular soap, fans are flocking to it. “It lets people find each other through their common interests,” Goddard explained.

Fans asked about Y&R spoilers but the stars stayed mum. For his part, Goddard did say that the return with all-new content will have, “twists and turns.”

We can tell you that the show returns on Monday, August 10 and you don’t want to miss a minute of all of the hot new action!