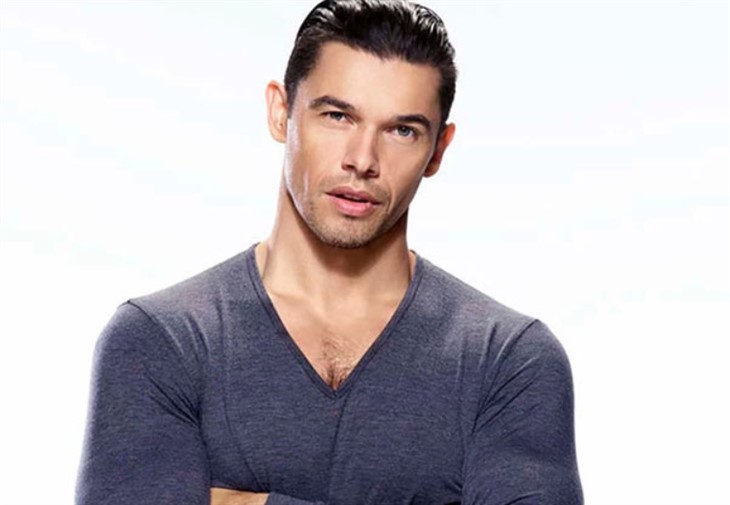 NBC Days of Our Lives news reveals actor Paul Telfer (Xander Cook Kiriakis) is working on a new series, according to IMDB. It is titled “Unsinkable” and the soap villain is credited with seven episodes of the upcoming series. Keep reading to find out what the series is about and more about the actor’s career.

Days of Our Lives News – What Is ‘Unsinkable’ About?

The brief plot summary for “Unsinkable” says that it follows a raw, young officer and several desperate men. They are on an ocean filled with enemies, but their ship refuses to die.

When we first met Xander on the NBC soap opera, he was a villain and very cold-hearted. However, Sarah Horton (Linsey Godfrey) seems to have thawed out his heart a bit and we are seeing more layers to Xander. Right now, he is in a war over Titan with Philip Kiriakis (Jay Kenneth Johnson).

One interesting tidbit is Soap Opera Digest had a poll and a whopping majority of viewers think Xander should get the CEO position instead of Philip.

Telfer first appeared on Days of Our Lives in 2015. However, it would be a few years before Telfer was made a series regular. Even though he is a “reformed” villain, some characters and viewers can’t forget about the terrible things he has done. Then, there are others who are rooting for Xander.

Days of Our Lives: Paul Telfer’s Other Projects

In addition to Days of Our Lives and Unsinkable, Telfer has appeared in Star Trek First Frontier, Green Rush, The Thin Line, Agents of S.H.I.E.L.D., California No, The Windsors, and The 02. Telfer has also worked on Once Upon a Time, Fun Size Horror, Call of Duty: Advanced Warfare, Bitter, Sunset Overdrive, CSI Crime Scene Investigation, The Vampire Diaries, Body of Proof, NCIS, Hotel Babylon, Hercules, Spartacus, and Mile High.