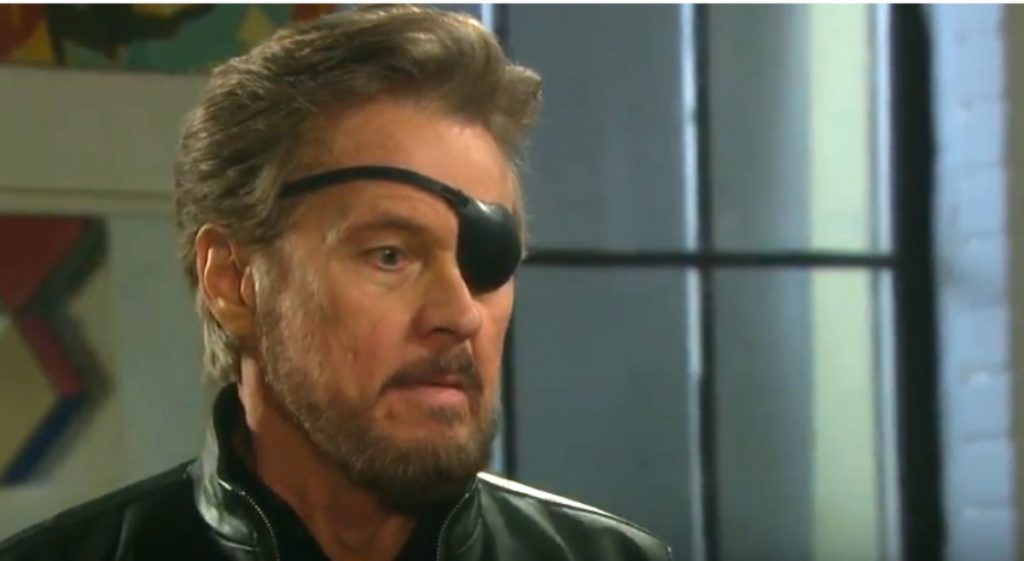 Days of Our Lives (DOOL) spoilers tease that “Stevano” DiMera (Stephan Nichols) is very angry with Abigail DiMera (Kate Mansi). During their last encounter, “Stevano” made it very clear that he had no use for his son Chad DIMera’s (Billy Flynn) wife. He brought up several of Abigail’s past actions and he would have shot her right then if he wasn’t in a hurry to escape.

Days of Our Lives Spoilers: Murder

“Stefano” clearly hasn’t forgotten that Abigail killed Andre DiMera (Thaoo Penghlis). While Andre wasn’t necessarily Stefano’s favorite son, he probably was the most loyal. He was behind two separate series of serial killing to strike Salem, The Salem Slasher and The Salem Stalker, per Stefano’s orders to create chaos. He had mostly reformed over the past few years, but he was definitely a loyal son to Stefano. Abigail killed him in self-defense but it’s clear that Stefano still holds a grudge.

After killing Andre, Abigail’s personality splintered and she took on a personality that was based off of Gabi Hernandez (Camilla Banus), and even took her name, just spelling it slightly different as Gabby. As Gabby, Abigail fell in love with Chad’s brother Stefan DiMera (Brandon Barash) and began a torrid affair with him until her personalities were integrated. After than, she eventually returned to Chad but Stefan was left loving a woman who no longer existed, and never really did.

“Stevano” didn’t even mention the fact that Abigail also had an affair with yet another of his sons, EJ DiMera (James Scott) when he was married to Sami Brady (Allison Sweeney). Abigail has done quite a few terrible things to the DiMera men ,but she certainly doesn’t deserve to die. But “Stevano” made it clear that he wasn’t done with Abigail, and looked forward to killing her at a later time. So depending on his plans with Marlena Evans (Deidre Hall), he may yet find time to get revenge on Abigail. Hopefully, he will be converted back to Steve Johnson before he can act on those feelings because otherwise, Abigail should most certainly watch her back.

Will “Stevano” get an opportunity to kill Abigail? Or will he back returned to his Steve persona before he can act on his hatred. Only time will tell, so stay tuned to Days of Our Lives airing weekdays on NBC. And don’t forget to check back here regularly for all your Days of Our Lives news, information and spoilers!