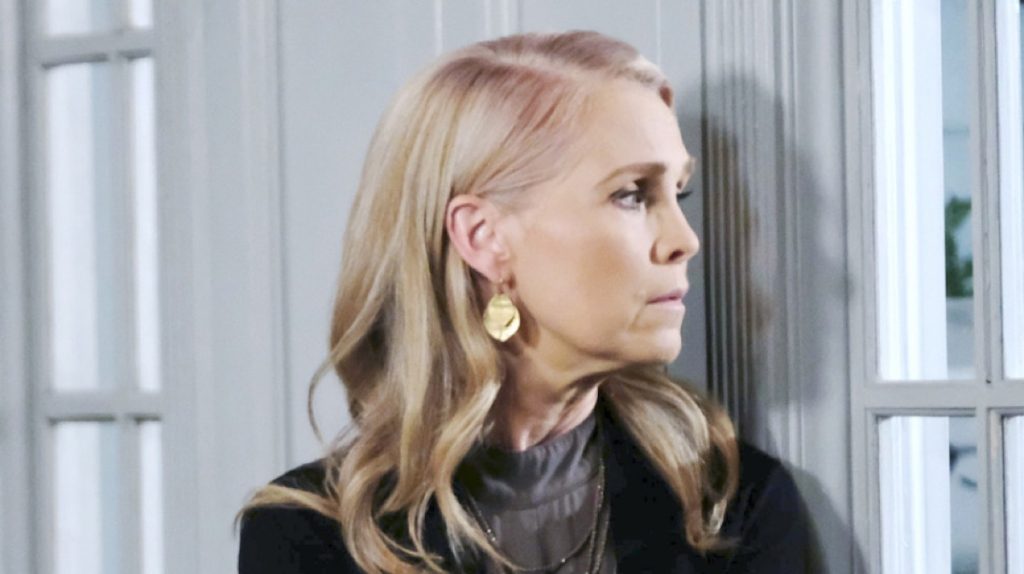 Jennifer Deveraux (Melissa Reeves) receives sad news about a loved one when she is notified of the death of her father Bill Horton (most recently John H. Martin) in Africa, where he worked with Doctors Without Borders for many years. She notifies JJ Deveraux, (Casey Moss) Abigail Deveraux DiMera (Kate Mansi) and Doug and Julie Williams (Bill Hayes, Susan Seaforth Hayes) at Julie’s Place as Chad DiMera (Billy Flynn) look on. Many tears are shed, and many hugs are given!

Doug reminisces about when he first came to Salem after hearing of the death of Bill Horton. Doug wouldn’t be in Salem if it weren’t for Bill, however, the circumstances of their meeting and friendship weren’t the best. Doug was a much different man in those days – a con man named Brent Douglas, who met Bill in prison, where Bill was doing a stint for the death of Kitty Horton (Regina Gleason), Tommy Horton’s (John Lupton) wife.

Bill had gone to Kitty’s apartment, and ransacked it and fought with Kitty before finding a tape that revealed Bill was Michael Horton’s (Kyle Puemer) natural father and leaving. Shockingly, Kitty was killed later that night, and Bill was charged with Kitty’s murder. Mickey Horton (John Clarke), who was a lawyer, defended Bill in court.

Bill refuses to tell anyone why he was at Kitty’s place that night, and eventually he is found guilty of involuntary manslaughter and sentenced to three years in prison. Doug was his cellmate and came to Salem after he was released, recalling stories of a rich widow that John had talked about, Susan Martin (Denise Alexander).

After Lani Price (Sal Stowers) put a stop to the wedding of Gabi Hernandez DiMera (Camila Banus) and Eli Grant (Lamon Archey) when she told how Gabi had an app on her phone that she could control Julie’s pacemaker with and Gabi tried to kill Julie with it again – unsuccessfully – Detective Rafe Hernandez (Galen Gering) finds himself having to arrest his own sister! JJ had tricked her into incriminating herself so there was nothing else left to do, and besides, the crowd gathered at the wedding demanded it after hearing the story!

Days of Our Lives Spoilers: Marlena And John Have A Romantic Valentine’s Day https://t.co/8IjrJKfXQP pic.twitter.com/7IuoIx9UKc

Meanwhile, Lani tries to explain her actions, mostly to Eli. They catch up on the past year or so when Lani had fled to Rome and decided to become a nun, although she didn’t go through with her plans and returned to Salem. She tells Eli she still loves him and she’s ready any time he wants to give their relationship another try, although he needs some time to process everything that has happened – but she does get a kiss out of him!