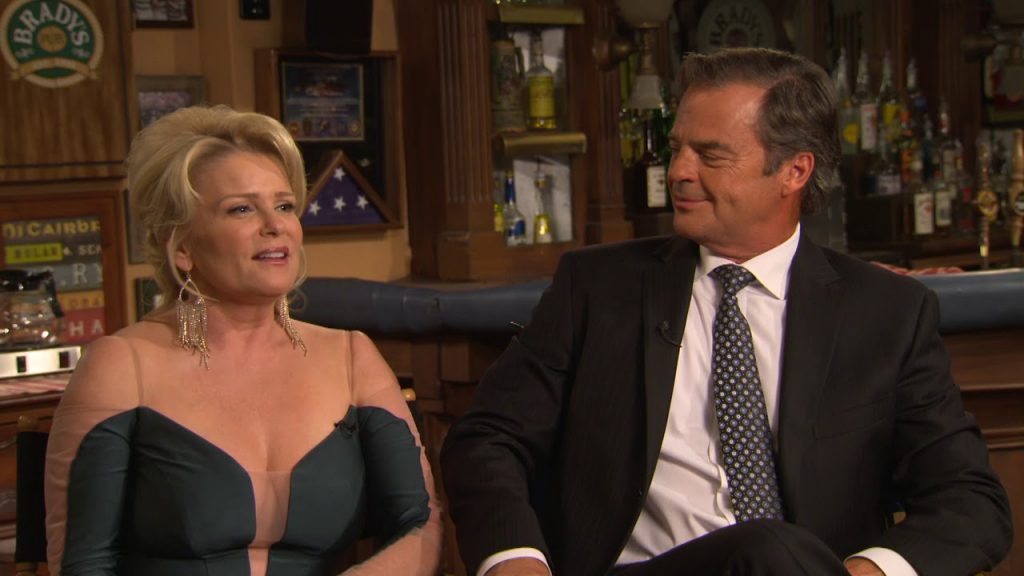 Viewers were saddened by the news of Judi Evan’s exit on “Days of Our Lives” as Adrienne Johnson Kiriakis after the character died due to a car accident. But fans now have something to rejoice about. Evan’s onscreen husband Wally Kurth, who portrays Justin Kiriakis, hinted the actress’s possible return to the sudser.

In a tweet, the actor assured viewers that Evans is “coming back.” Viewers know that Evans also portrayed the character, Bonnie Lockhart on the soap. Bonnie’s name has been dropped several times recently and that means she could easily return to the show, all set to cause trouble. Will Evans return as Adrienne or Bonnie? Viewers have to tune in to find out.

Also, the soap has other ways of bringing back Evans. Given that Adrienne is dead, the actress may return in spirit form just like how Peter Reckell reprised his role as Bo Brady. Adrienne may also appear in spirit to either Justin Kiriakis or Sonny Kiriakis (Freddie Smith). Remember, this is the soap world and that means the possibilities are endless.

DOOL Spoilers: Justin And Others Devastated Over Adrienne’s Death

Days of Our Lives Spoilers: Maggie Takes A Bold Step And Walks Out On Victor https://t.co/9vIkhUfHn7 pic.twitter.com/OicHup6oml

Justin is left devastated when he finds his wife dead and will try to make peace with the passing of Adrienne. Jack Deveraux (Matthew Ashford) will also say an emotional goodbye to his sister. It would be much harder for him since Jennifer Horton (Melissa Reeves) was still in a coma when he learned about his sister’s passing.

Days of Our Lives Spoilers: Evans Saddened By Her Character’s Exit

“It’s just sad, because I loved working there,” Evans admitted. “And there are not a lot of roles for women my age, so that makes it a little harder,” she added.

But with Kurth’s confirmation that Evans is returning to the soap, that’s enough to provide relief to the actress and the viewers that they’ll get to see her back on the small screen, hopefully soon.