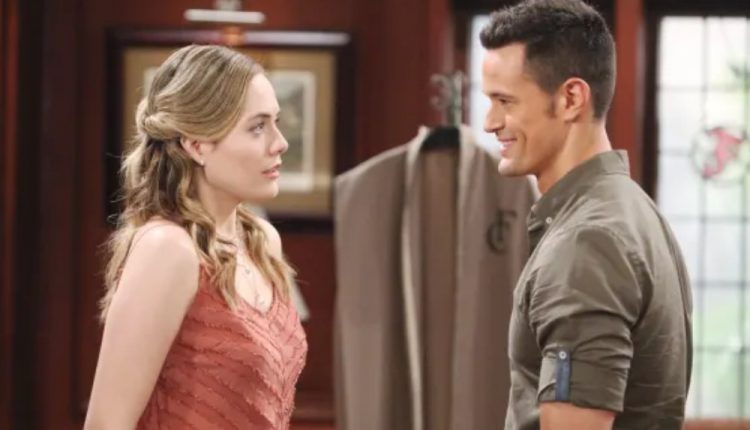 The interconnected tales of Hope Logan (Annika Noelle) and Thomas Forrester (Matthew Atkinson) continue on ‘The Bold and the Beautiful’. But will Hope and Thomas be together?

An understandable, visceral reaction would be understood and expected. Citing Thomas’s behavior across many years, or Hope’s misguided decision to reconnected herself to Atkinson’s character in recent months is reasonable.

But it’s also possible to argue that ‘Thope’ could work, at least for a while.

The Bold And The Beautiful Spoilers – Both People Have Questionable Characters

Many who believe that Thomas and Hope shouldn’t be together would likely point to one party as the problem. They would passionately recall and loudly state every misdeed that Thomas has done as evidence to ward off Hope against being with him.

But Hope knowingly chose to enter into a legal agreement without revealing her true intent to Thomas. Her choice to modify her mother’s (Brooke Logan, as played by Katherine Kelly Lang) adoption ploy and become Douglas Forrester’s (Henry Joseph Samiri) parent, as part of a plan to later seek full custody, was dishonest, even though it was well-intentioned.

Forcing Liam Spencer (Scott Clifton), who is the father of two very young girls, into becoming Douglas’ stepfather wasn’t just. Yet that increased ‘Lope’s’ tension, which played heavily into the latest split.

B&B Spoilers – Bill Spencer May Have It Right

Bill Spencer (Don Diamont) told Liam to consider something intriguing that B&B fans have wondered for a while. He asked his son if Hope is actually attracted to Thomas’s bad-boy behavior.

Yes, Thomas is the anti-Liam. He’s not compliant. Thomas also isn’t vacillating between Hope and Zoe Buckingham (Kiara Barnes), as Liam has done for years between Hope and Steffy Forrester (Jacqueline MacInnes Wood).

Viewers know that Thomas is obsessed with Hope. Many wouldn’t call that love. B&B fans also know that Hope could have accepted Liam’s conditioned remarriage proposal and didn’t, which led to the cliff house kiss that she unexpectedly witnessed and created the latest ‘Lope’ ending. That, of course, led Hope back to Thomas’ arms.

The Bold And The Beautiful Spoilers – Not Forever, Just For Awhile

This is the daytime. So, no one should expect or is asserting that Hope will form a relationship with Thomas and be together with him forever. Instead, the question is about togetherness.

Hope feels betrayed by Liam. That conclusion is mostly correct. The previously referenced bond with Douglas isn’t changing, keeping her tied to Thomas on that level.

Atkinson’s character needs his sister to maintain secrecy about the circumstances that led to the cliff house’s backyard scene. If that happens ‘Thope’ can form, regardless of however long that fully debatable couple might last.

Fans of ‘The Bold and the Beautiful’ rightfully express their opinions on a regular basis. So, will Thomas and Hope be together? Please vote in our poll!

Days of Our Lives Spoilers: Brady And Kristen Reunion In The Works – Bond Over Daughter’s Miracle