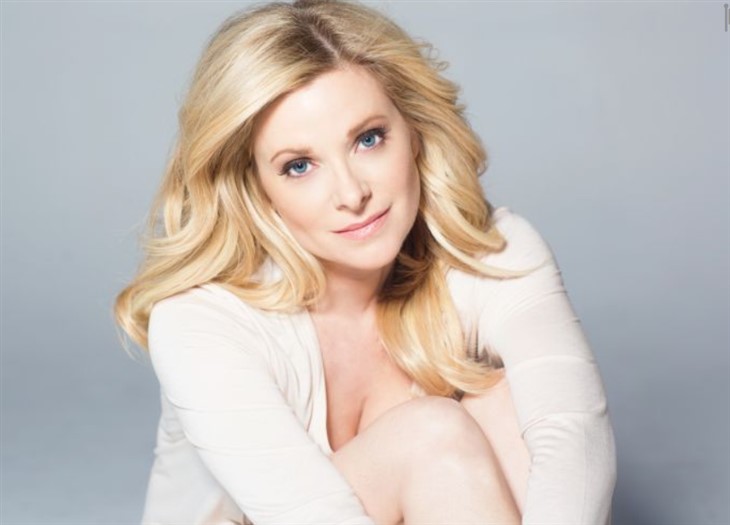 NBC Days of our Lives spoilers reveal that Cady McClain has taken on Melissa Reeves’ role as Jennifer Horton. The transition appears to be seamless, and the beautiful and talented star talked with Soap Opera Digest about her return to daytime as well as stepping into the legacy role in Salem.

Cady is married to Jon Lindstrom who plays Kevin/Ryan at General Hospital and her commute is definitely a short one! That was one reason she had a soft landing on the NBC sudser saying, “I live 15 minutes away from the studio. I don’t have kids, but we do have our little dogs, Jon is working on GH, so we already know how the protocol and shooting on a set with Covid works, and how to run our lives, so it was really easy to say yes. Obviously, the show is wonderful and the character is iconic.”

She also said that she wasn’t sure if she would ever act again, “so to be treated with such value and warmth and kindness and support by the production team was just so unexpected.”

She went on to say that she was pleased to work with Deidre Hall (Marlena Evans) and Drake Hogestyn (John Black) as well as her on-screen husband Matthew Ashford who plays Jack Deveraux.

It sounds like she has had a great time immersing into the daytime waters saying, “oh, my God, I laughed when I got on set. I laughed so hard. They were just so funny and so great and so warm and so kind. It was just one of the best days. I can’t speak for anyone else, but I’m so grateful to be back at work, to have some sense of normalcy.”

Days Of Our Lives Spoilers – What Is Next For Jennifer Horton In Salem?

She previously posted a montage of on-set photos with the caption: “Oct 20th I started airing on @nbcdays as the iconic character “Jennifer Horton”. It’s not like any kind of filming I’ve ever done… the protocols are very serious, as you can see from the photos. Masks, visors, sanitizer everywhere… and that’s just the half of it. Super proud to be a part of the team that is keeping this special show rolling during this super challenging time! #daytimedrama #stayingsafe #teamwork @soapdigest Next show airs Oct 30th!”

How are you liking the new Jennifer Horton DOOL fans, tell us what you think!