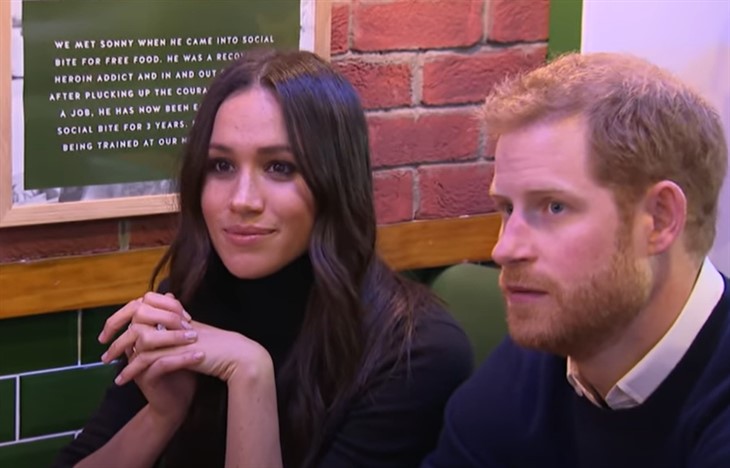 We should have seen this coming. All the talk that Harry and Meghan did about wanting the world to see the “real” them was the perfect set up to the latest news that they are signed to do a reality show on Netflix.

Did their new production deal, estimated to be around $144 million, come with strings attached? They sure didn’t earn it. Neither one of them have any production experience and the only thing they do that gets clicks is acted like their train-wreck selves which dovetail perfectly into a reality show.

Meghan And Harry Quit The Firm To Seek Privacy And Dollars

One of their biggest fans (not!) is Piers Morgan and following news of their tawdry reality adventure, he crowned Meghan Thee Duchess the, “new Kim Kardashian.”

At this point, we should interject that as soon as news of their reality show hit, a spokesperson for the couple issued a statement intended to deflect attention away from the juicy scandal. But all it did was raise more questions.

The ish hit the fan when a source had told The Sun that the Markle’s need to do a reality show to appease their Netflix bosses: “They may have had all these lofty ideas about producing epics highlighting environmental causes and the poverty gap, but Netflix obviously want their pound of flesh. It will all be very tasteful, and not Katie Price and Peter Andre-style reality TV, but they want to give people a glimpse into their lives and see all the charity work they do.”

That sounds about right, the Markle’s having to expose themselves on Netflix in order to do business with the streaming giant. Quid pro quo?

A spokesman for the thirsty pair then said, “The Duke and Duchess are not taking part in any reality shows.”
Prince Harry and Meghan Markle signed a huge contract with Netflix to bare their souls?

That lame statement is full of holes and just plain weak plus it smells of semantics. As in, they may not be taking part in a “reality show” according to their own definition of the reality show. Don’t be surprised to see, “Keeping Up with the Markle’s,” on Netflix, only they will spin it as a “realistic humanitarian documentary.”

After All, How Likely Are They To Try And Twist The Truth To Suit Their Ends—Does The Moonshine?

Even Morgan’s co-host, Susanna Reid, a diehard Me-Again fan admitted that the pair have, “reached the tipping point.” Translated from Olde English that means they have scrapped the bottom of the barrel.

And royal watcher Ingrid Seward of Majesty Magazine told The Express, “We were told they had gone to California for greater privacy so it all appears rather hypocritical. It is extraordinary. This is exactly what they said they wouldn’t do.”

Really though? Is it all that remarkable or did they put the writing on the wall all along?

’90 Day Fiance – The Other Way’: Sumit’s Parents Won’t Let Him Marry Jenny – He’s Willing To Fight For Her!