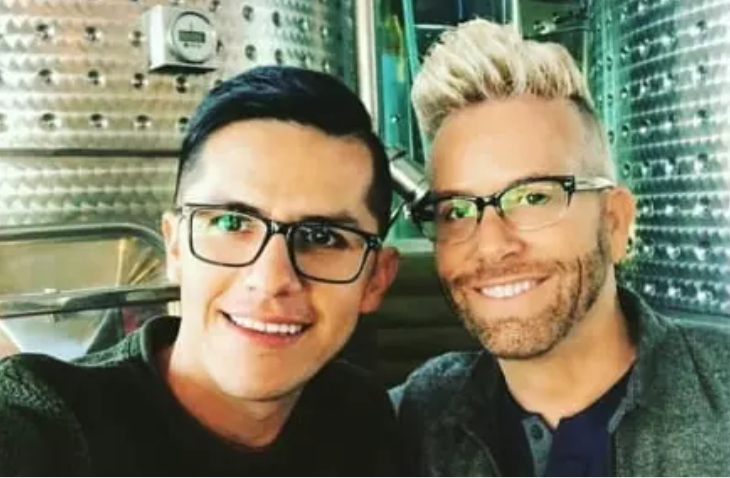 TLC’s “90 Day Fiancé-The Other Way” couple Armando Rubio and Kenny Niedermeier had an unofficial wedding on the beach, but will they be able to legally marry? How will Armando’s family take it? These questions and more will be addressed when the second half of the season premieres on October 11th!

Viewers will recall from the first part of the season Kenny had moved to Mexico. Then he and Armando moved to a bigger town further north from Armando’s home town. They had plans to move Armando’s small daughter Hannah with them. They had an unofficial wedding on the beach with Kenny’s daughters in attendance. Armando had been afraid to even come out to his parents.

Now he’s afraid to tell them that he and Kenny are engaged. In the last episode before the break, “The Truth Hurts” Kenny and Armando went to his parents’ house to introduce Kenny. Armando’s father, who could never accept that Armando is gay, refused to come out. Armando had a terrible time even getting his mother to accept him as he is. It was actually his late wife that he came out to and then she told his mother! He’d have preferred to tell her himself, and that didn’t help things any.

If Armando’s father can’t even accept Kenny as a romantic partner, how will he accept an engagement? Gay marriage and homosexuality are not accepted practices in predominantly Catholic Mexico! The couple even had an embarrassing gay slur shouted at them when Kenny’s daughters were at a table outside a restaurant. This was on the girls’ last night there before returning to the United States!

Armando remains nervous as he and Kenny try to get Armando’s father to come outside. Armando’s father has the same attitude as most Mexicans against homosexuality. They want to get legally married and they can’t just keep things a secret from him. However, that may even be an issue – they had tried to get a marriage license and were told that they couldn’t have one. Gay marriage is frowned upon although it is legal throughout Mexico. According to law, the clerk who refused them a marriage license is in violation.

Only civil marriages are legal, regardless of the couple is gay or straight. But right now, the real challenge is getting Armando’s father to accept his gayness and Kenny. He’s not sure if his mother or the rest of his family will accept an engagement either. In a preview of the premiere episode, Armando says he’s not ready to tell his father that they are engaged.

They are outside with his mother and five or six other relatives who are staring. His father has obviously not come outside to join them, and Kenny says he’s looking around, and the silence is forever! Acceptance doesn’t look too good at this point!