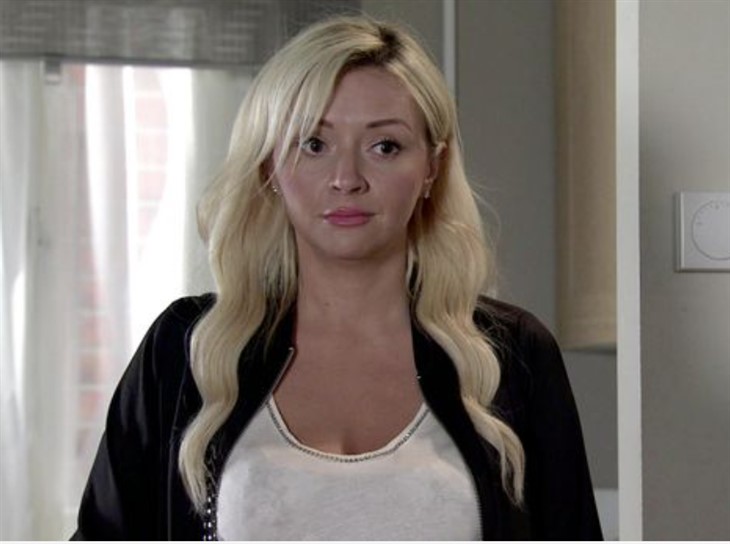 Coronation Street spoilers reveal that Nicky Wheatley isn’t scared of Geoff Metcalfe (Ian Bartholomew). During an interview, actress Kimberly Hart-Simpson analyzed the abuser and explained why Geoff wouldn’t have the chance… and wouldn’t have the guts… to do anything to the sex worker.

Corrie spoilers reveal that Geoff is all about victimizing those he can get away with controlling and abusing. He also focuses on getting revenge and retaliation to anyone who dares tries to expose his true colors. He was determined to go after Daniel Osbourne (Rob Mallard) for stealing his money. Getting the cashback wasn’t good enough. Geoff wanted him to suffer forever crossing him. Just the fact that Geoff saw Nicky hand the money back to Geoff might be enough for him to target her, as well.

When it comes to abusers and bullies, they tend to target those they can victimize. There are certain personality types that will stand up to them and they don’t make easy victims. So, abusers tend to not bother with them. Nicky has a strong personality and she stands up for herself. She has no problem calling people out and honestly, she would probably stand up to Geoff.

Coronation Street spoilers reveal that actress Kimberly Hart-Simpson gives two reasons why Geoff would never do anything to her. The first is because he would never have the time. The soap newcomer explains,

“He’s a long, slow burner, but I don’t think she’d have that anyway, he won’t be around long enough for him to do that to her. And there has to be an element of vulnerability which Yasmeen [Metcalfe, played by Shelley King] and Nicky don’t share.”

The actress also explained that Geoff is a dangerous man, but he’s not “instantly dangerous.” The thing about Geoff is he is very aware of how the public sees him and avoids doing anything to taint that image. If he’s going after someone, it’s usually behind closed doors or in dark shadows so his true self does not get exposed.

“Because what he is is a dangerous, calculated man. But he’s not an instantly dangerous man. There is something about her, but not the malleable kind in the nicest way possible. I think she wouldn’t be having that, no way she’s not scared of him.