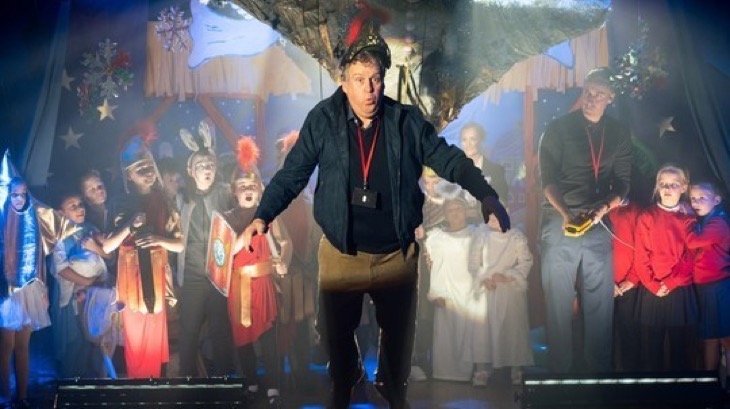 Fans of “Coronation Street” will see Phil Gillespie’s bullying of Brian Packham (Peter Gunn) get worse later this month. Brian’s boss cruel acts will reach its peak during the nativity play. The deputy headteacher has been making the primary school teacher miserable. Brian has been working extremely hard to meet the seemingly never-ending demands of Phil.

Despite being overworked and his apprehension of failing to impress Phil, Brian will do his best to come up with a perfect play. “Coronation Street” spoilers tease that with the heavy workload taking a toll on his body and mind, upcoming scenes will show that Brian will finally snap.

Unfortunately, it won’t be directed at Phil but at Jack Webster (Kyran Bowes) when he forgets his line during the rehearsal. Brian realizes his frustrations at work and regrets his behavior toward the kid. He apologizes for his actions and helps Jack with his lines.

Oh no! What should Brian do now!? 😨#Corrie #Brian #Phil pic.twitter.com/DBH7ftVj12

Things go downhill for Brian during the final rehearsal of the nativity play. Phil sends Brian home and takes the lead. Brian, who’s clearly frustrated, turns to the bottle at The Rovers for comfort. Realizing the hard work he’s put into all this, the inebriated Brian, accompanied by Cathy Matthews, (Melanie Hill) sneak into the hall to watch the play. Jack spots him in the crowd and leads the other kids to perform the rap version of the play. Clearly, the children defied Phil’s instructions but everything else was a huge success.

This enrages Phil and because of his jealousy, he is going to shame Brian one last time. He calls him to the stage. As Brian takes a bow, Phil attaches the Angel Gabriel’s harness to his belt and lifts him up to the air. What will happen to Brian? When will Phil’s bullying stop? What will happen to the play?

He didn't really promise did he… 🤔#Corrie #Robert #Michelle pic.twitter.com/76bXqFgUQr

Meanwhile, Coronation Street couple Michelle (Kym Marsh) and Robert (Tristan Gemmill)are in crisis. Michelle’s refusal to try for a baby forced Robert to make a secret arrangement with Kate. (Faye Brookes) He agrees to become a sperm donor for Kate and Rana’s baby, but with a catch, Rana (Bhavna Limbachia) doesn’t know about it. Robert has been lying a lot to Michelle including his whereabouts during the blackout at the Bistro. Michelle is fed up with it and confronts Robert. Will he tell the truth about his plan to be the daddy of Kate’s baby?

Bold and the Beautiful Spoilers: Hope Asks Brooke to Back Off, Wayne Brady Talks about B&B Debut