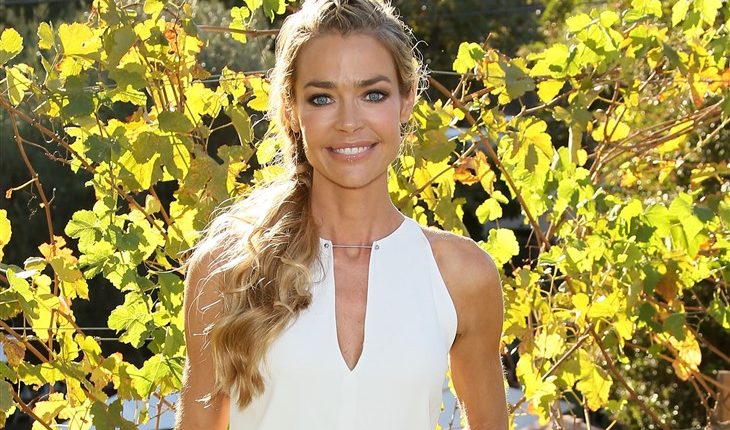 CBS The Bold and The Beautiful spoilers and updates reveal Denise Richards has always been one of the biggest names to come out of Hollywood and also someone who has easily found a new home in daytime television.

With so much going on in her life, a lot of fans can’t help but wonder why actress Denise Richards is on a show like the Real Housewives of Beverly Hills – where the drama is more than what some people can handle – when she could easily focus on her acting career and of course, The Bold and the Beautiful instead. Here’s what you need to know.

The Bold And The Beautiful News – Is It Time For Denise Richards To Leave RHOBH Behind?

According to new reports, Denise, who is best known for her role as Shauna Fulton on B&B, keeps finding herself having to deny allegations that she had a tryst with RHOBH alum Brandi Glanville over and over again. In fact, things have gotten so bad that the beautiful brunette broke down in tears in the latest episode.

Brandi, for her part, is adamant that the two had a ‘special relationship’ and that Denise’s husband Aaron Phypers even gave the two women his blessing. But Denise says that it never happened and that Brandi is completely fabricating the truth.

To make matters worse, her RHOBH co-stars Teddi Mellencamp and Dorit Kemsley kept pushing the issue, to which Denise replied with, “Guys, I’m going through so much stuff. It has nothing to do with any of us. It has nothing to do with this show. I don’t want to be the person that leaves … I have to — this is like — I’m floored by this information. Please do not air this. Please.”

With so much drama, stress and pressure from a show like the Real Housewives of Beverly Hills, a lot of Denise’s fans can’t help but wonder if it’s just time for the actress to call it quits on the Bravo show and focus on The Bold and the Beautiful instead. At least all of the drama that Shauna Fulton deals with stays in the fictional town of Los Angeles that the Spencer, Forrester, and Logan families rule and reside in, right?

The Bold And The Beautiful News Update: B&B Is Number 1 In The Ratings War #bb #boldandbeautifulhttps://t.co/USttER6s6L