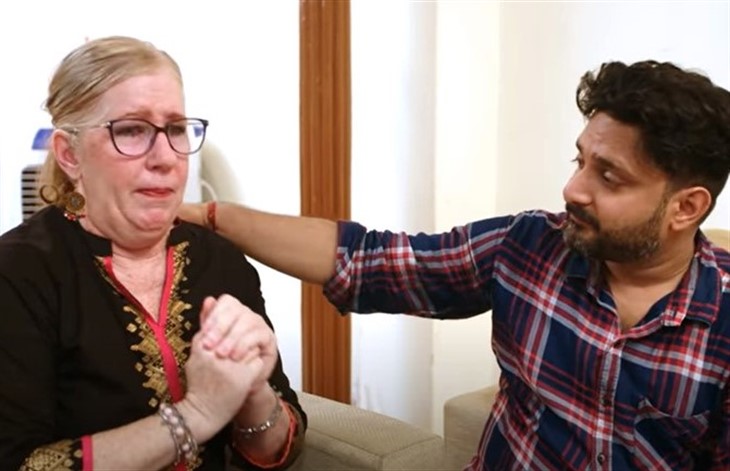 TLC 90 Day Fiancé: The Other Way spoilers divulge that show star Sumit Singh looks to be getting cold feet about putting a ring on it with Palm Springs, California resident Jenny Slatten. Don’t hold your breath over these two 90 Day Fiancé lovebirds because their romance is idling in neutral.

As a result, many fans of the show are calling foul and complaining that these two are just plain dull. Where are the fireworks, drama, and excitement? Now that Sumit from 90 Day Fiancé: The Other Way has found another stall tactic will Jenny ever get a happily ever after?

The hopeful grandma moved heaven and earth, ok, make that moved to India, for her man. What she got was a rude awakening—Sumit puts his culture and his parents before her. If this is true love his family should have no problem with their age difference and yet Jenny cried in front of the cameras that she actually apologized to Sumit’s brother about her age.

At one point the Cali girl went on a rant saying, “I can’t help how old I am. I can’t help it, but damn it, I love him.”

It took a season of prodding but Sumit finally agreed to do a ring ceremony with Jenny yet he cannot seem to bring himself to follow through—not a good sign for true love. The couple did some planning, with the idea of inviting only a few friends and zero naysaying family members.

Sumit And Jenny Are Toast?

Things went south when Sumit’s brother, Amit, and his wife Sharee visited and Jenny spilled the beans about the te private ring ceremony. Amit then told Sumit that he needed to tell their parents, or he would. Next Amit and Sharee declared that their parents would never accept the idea of marriage because of the age difference.

Despite the words, Sumit failed to understand this meant his parents would cut him off if he married Jenny; he told Jenny the ceremony was off, and he had to talk to his parents.

Will Jenny put her foot down?

Days Of Our Lives News Update: DOOL Alum Chrishell Stause Making A Comeback To Dancing With the Stars