Dancing With The StarsDays of Our Lives

Days Of Our Lives News Update: DOOL Alum Chrishell Stause Making A Comeback To Dancing With the Stars 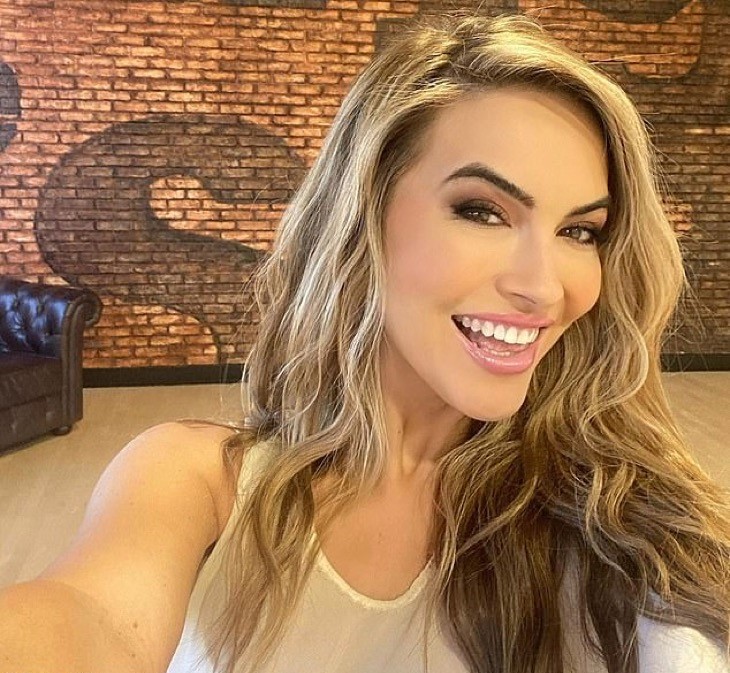 NBC Days Of Our Lives spoilers and updates tease that Chrishell Stause was one of this season’s Dancing With The Star’s most talked-about celeb dancers is coming back for the finale. Selling Sunset’s Chrishell Stause has already been eliminated, along with her partner Russian pro-Gleb Savchenko, from the competition. But as fans of the former Days of our Lives alum know, the conversation surrounding her and Gleb has never been louder.

Having eliminated teams return to the dance competition show for the finale is a fun tradition and Chrishell Stause is talking about her own comeback.

Stause responded to a tweet asking about her future plans with this comment: “One week from today is the #DWTS finale. You can catch me there! 💗😘😘.”

She failed to mention however if she will perform a final dance on the show or simply be cheering the finalists from the balconies.

One week from today is the #DWTS finale. You can catch me there! 💗😘😘 https://t.co/xLt1eGSJWa

The two-hour episode will showcase four couples who have advanced to the Season 29 finale. The couples are Nelly and Daniella Karagach, Nev Schulman and Jenna Johnson, Kaitlyn Bristowe and Artem Chigvintsev, and Justina Machado and Sasha Farber.

Last night Stause tweeted support for ejected semi-finalists Skai Jackson and pro partner Alan Bersten and Johnny Weir and Daniella Stewart. She wrote: “Beautiful watching everyone leave their hearts out on the ballroom floor. Everyone KILLED it tonight! I am sad for @JohnnyGWeir & @skaijackson. At this point, not one person deserved to go home. #DWTS @DancingABC.”

Both Chrishell and her former dance partner Gleb were the subjects of intense speculation following their elimination. Days later Gleb announced that he was splitting from his wife, also a pro dancer. She in turn stated that he was a serial cheater and claimed he was involved in a recent indiscretion.

The Twitterverse blew up with innuendo that Gleb and Chrishell had a fling, which she denied on social media. Gleb also denied the rumors but days after the imbroglio a DWTS source spilled that the two had engaged in “flirty” behavior on set. They claimed that although the reported behavior was obvious, no one was sure what to say. It was also reported that the former partners continue to text each other.