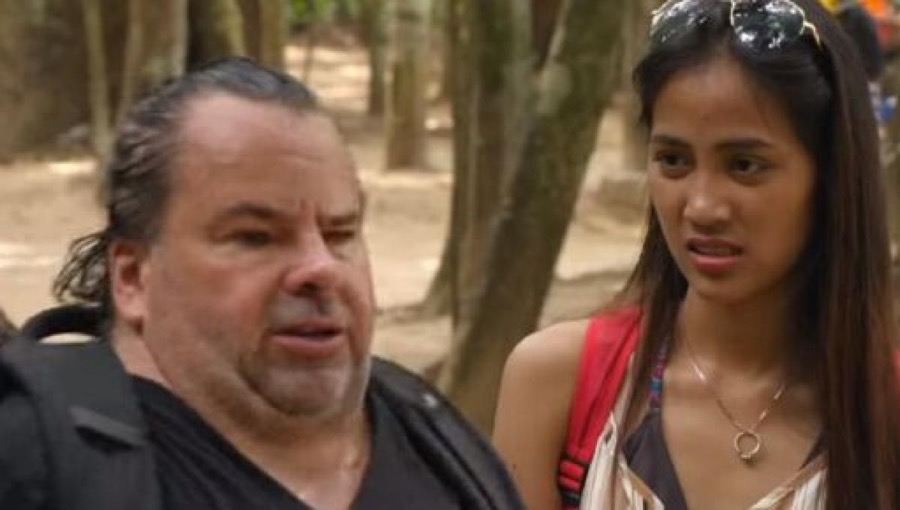 TLC’s “90 Day Fiancé-Before The 90 Days” stars Big Ed Brown And Rosemarie Vega have been spotted filming together recently, and many fans think they are back together. But there could be some other explanations.

Both Ed and Rose have posted filming shots on their Instagram accounts recently. Rose is shown surrounded by a production crew and makeup artists. Ed was filmed in a restaurant on a “date” surrounded by multiple cameras. Both have YouTube Channels, with Rose posting a series of what appear to be travel videos recently on hers, although they are shot in the Philippines. It appears to be a series called “Bicol Travel”. Ed hasn’t put anything on his in a while, however.

The two are still quite popular although “Before The 90 Days” has not filmed in a while. There is a possibility that they could be filming for an as-yet-unannounced “90 Day Fiancé” spinoff. Are they back together for business reasons, or could they be back together for personal reasons as well? Viewers will recall they had quite a rocky – and rather short – romance.

As most 90 Day couples, Big Ed and Rose met online. They knew each other from online for approximately three months before he traveled to the Philippines to meet her. But they had problem after problem after problem. The two were simply just too different from one another. Neither could understand or agree with certain things in each other’s culture or ways of doing things.

The Two Could Reunite For Business Purposes

Since they were so popular, although grossly incompatible, they could be reuniting for business purposes. They did not appear to be getting along during the tell-all episode, but they are both still single. At least they appear to be, according to their social media. If they decided to give each other another chance and couple up, then their chances of landing a spin-off or being included in one rise dramatically.

Once the show stops filming, they can either stay together or break up. The season would run and they could gain new fans, grab the attention of the audience, and more social media followers, and later on call it quits for good. Ed did a lot of stupid and unthinking things while he was with Rose. Some fans even though he did it to hurt her, and that he is misogynistic (hates women). That seems to be doubtful – he just didn’t have the social skills that are appropriate for romancing a woman!

His insecurities caused him to lie about his appearance, and he demanded an STD test from her much too early in their relationship. We can see the wisdom in doing so, but it was just too soon. Besides, has he never heard of using protection? The big deal breaker was waiting too long to tell her he doesn’t want children, and she does. Rose is a kind-hearted person and she may give Ed another chance, but he would be on severe probation if she’s wise. The two have a huge age gap and were they to marry, Ed would already have one stepson. She even asked her little boy to call him daddy!

Are they, or aren’t they together? Stay tuned to TLC to watch for any new spinoffs or the pair in an existing one, and check here frequently for all the latest news, updates and gossip about all your fave “90 Day Fiancé” shows and stars!